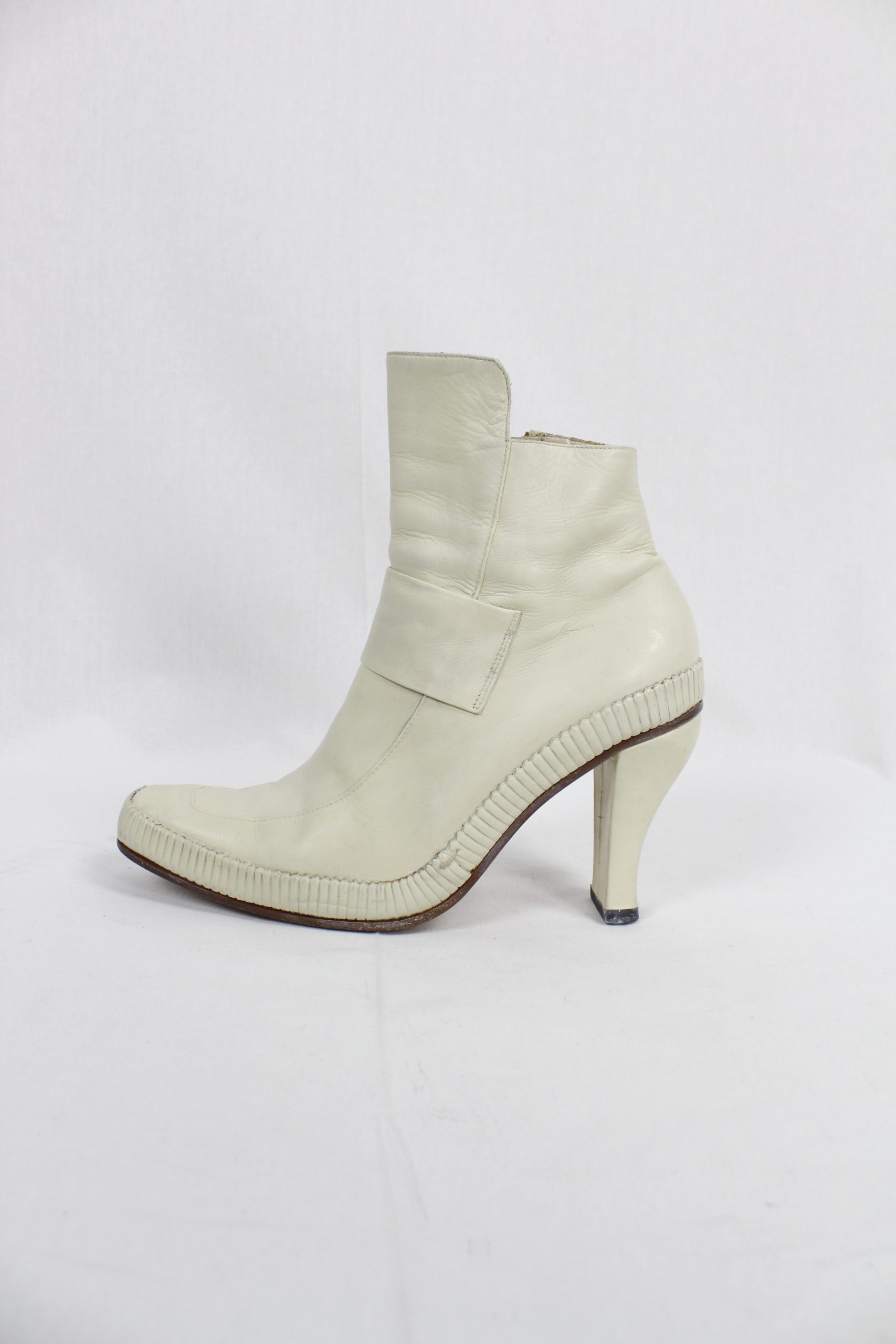 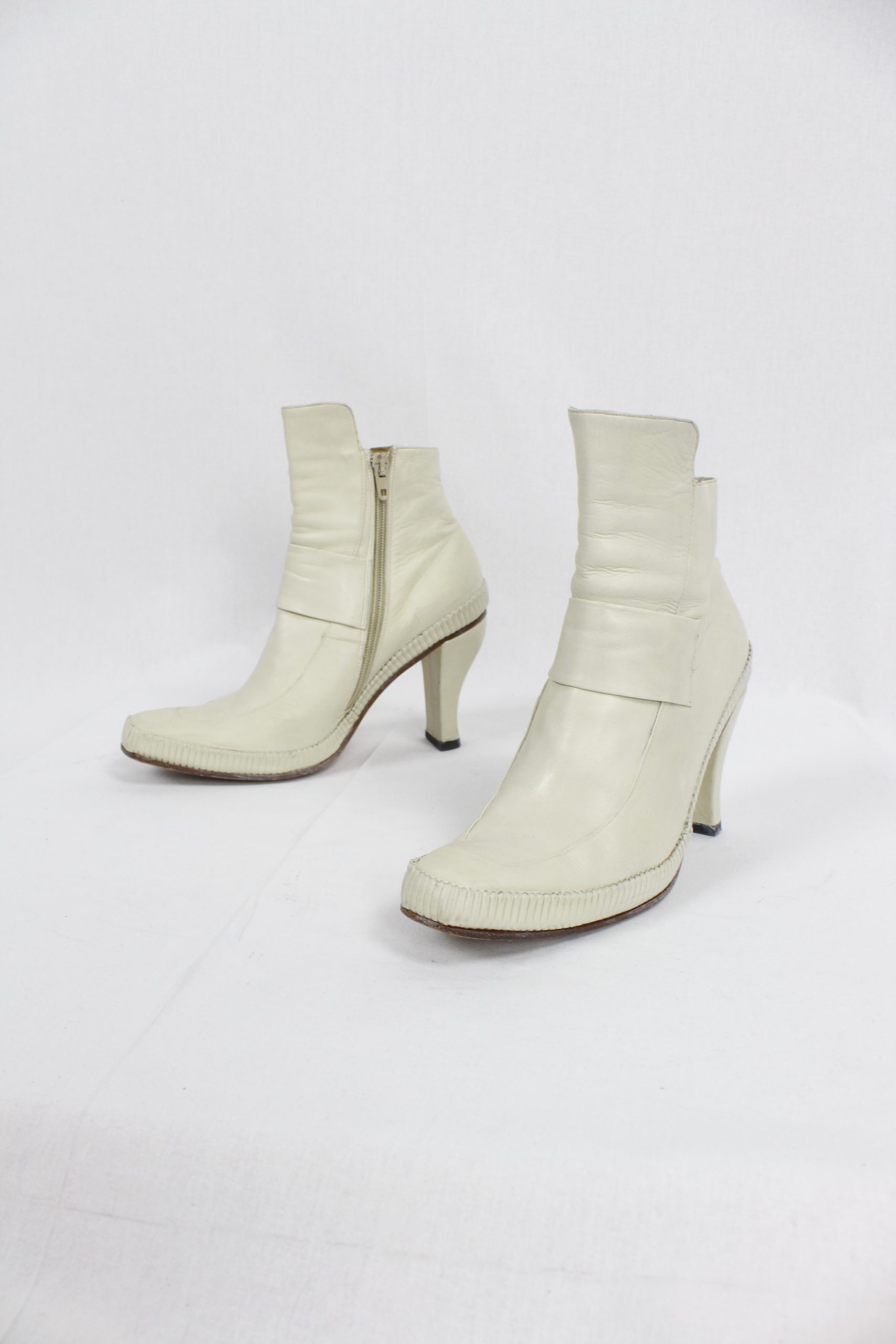 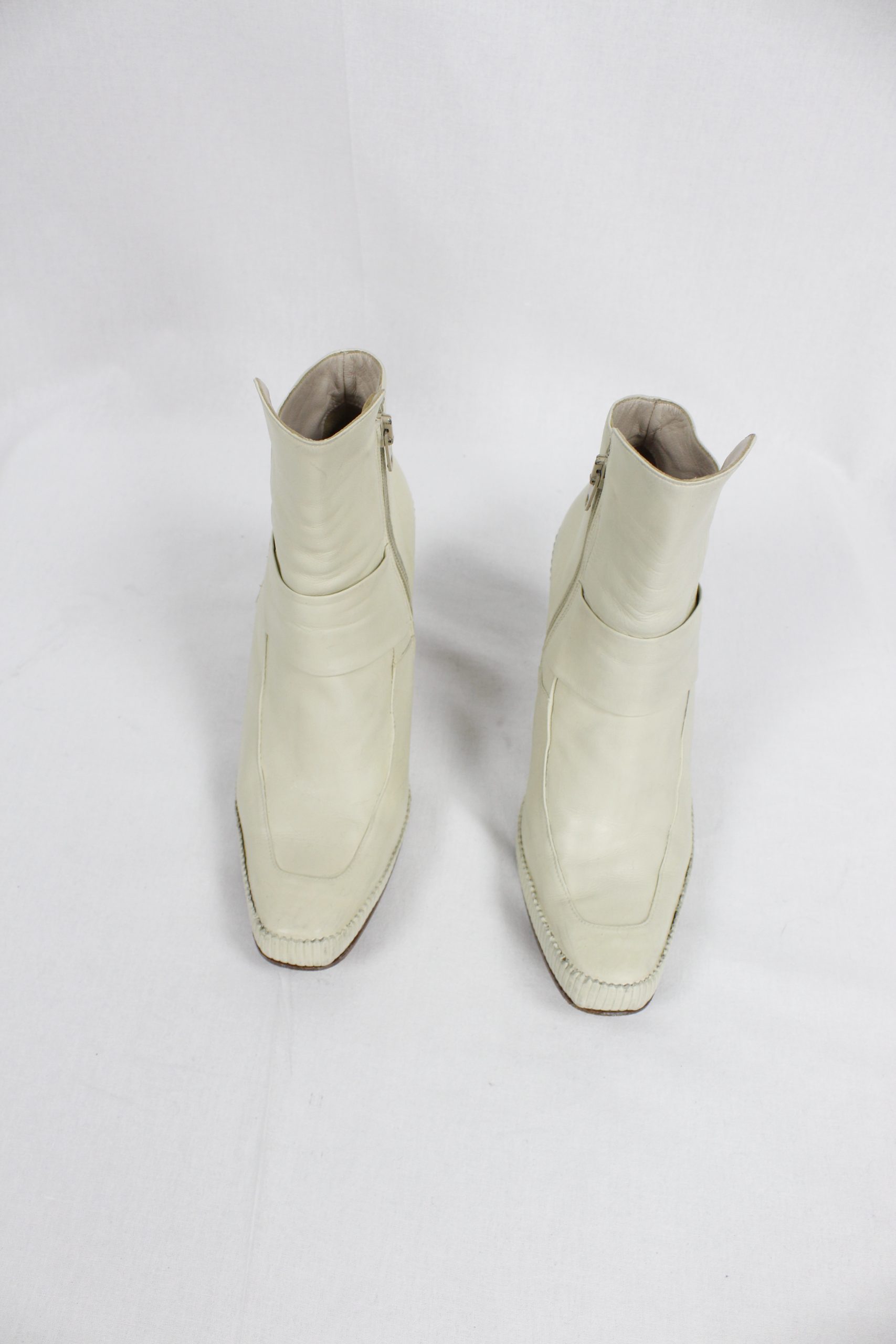 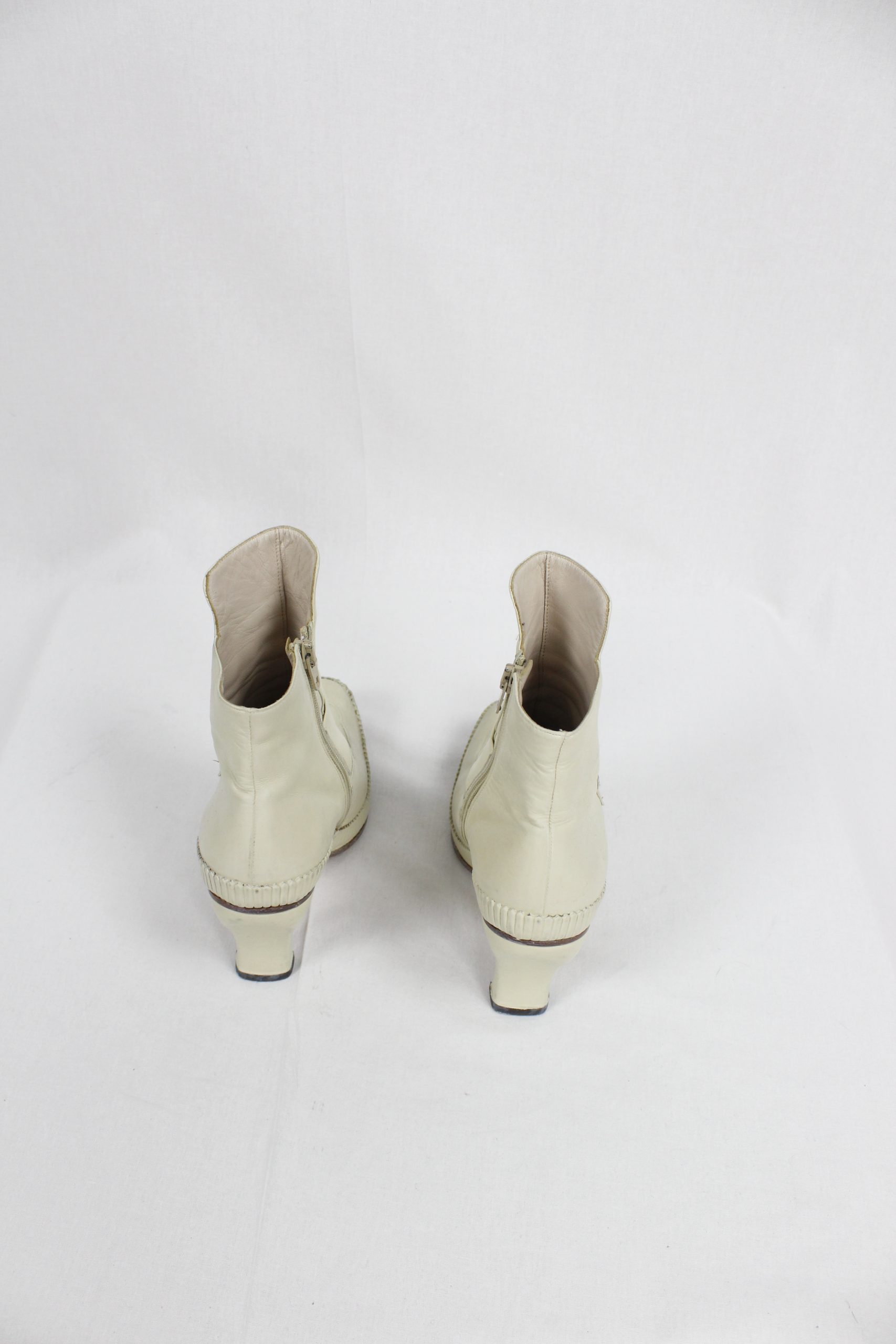 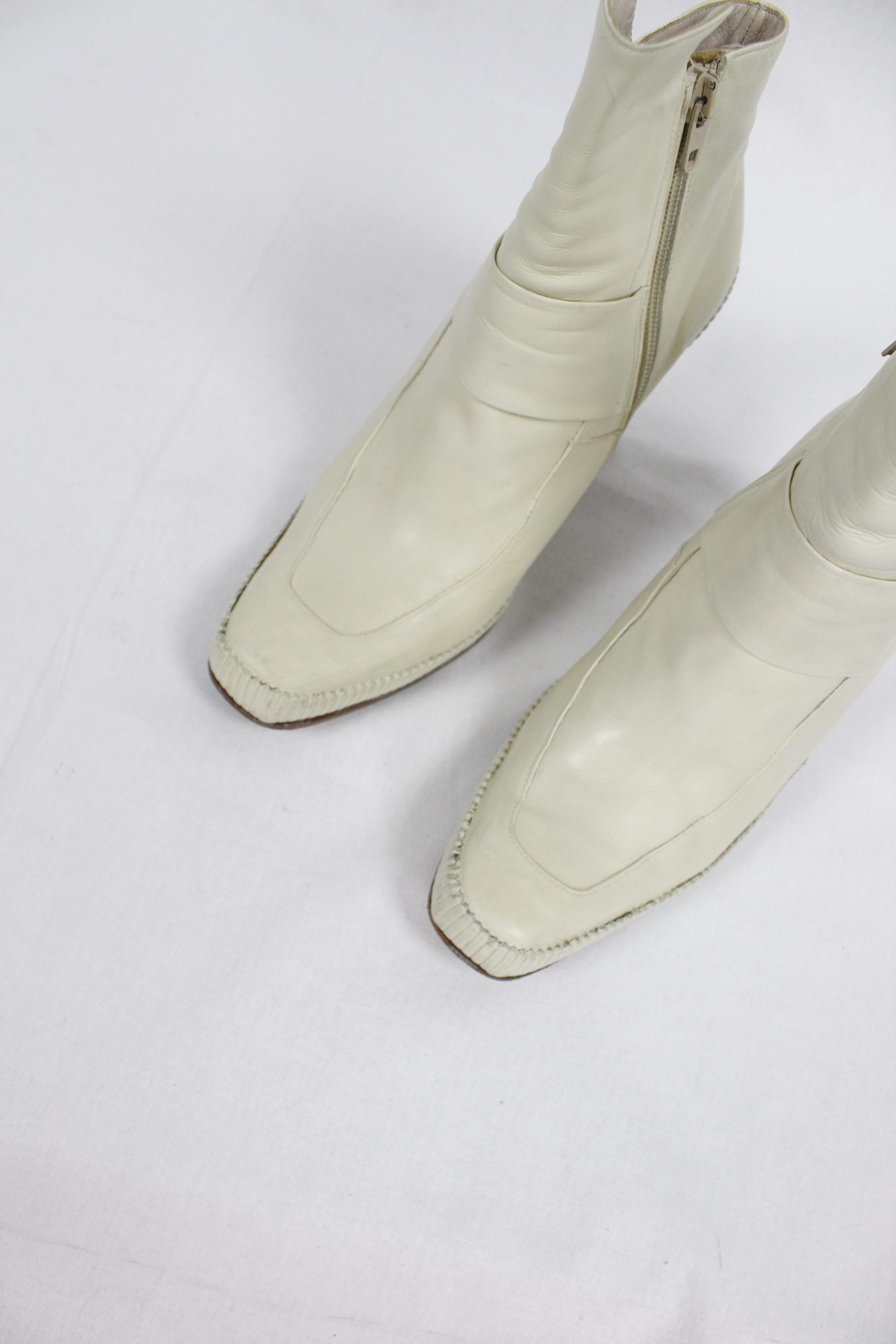 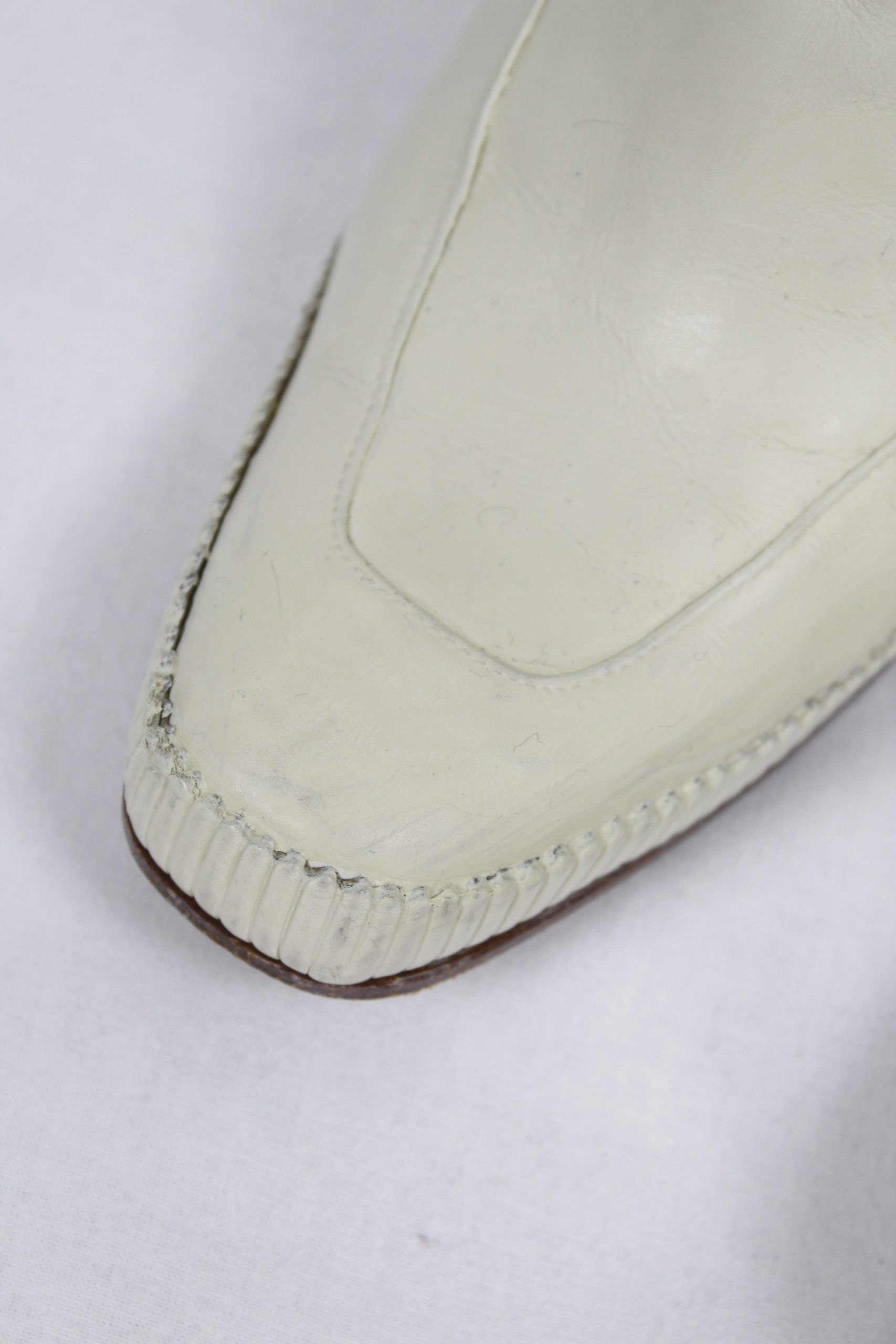 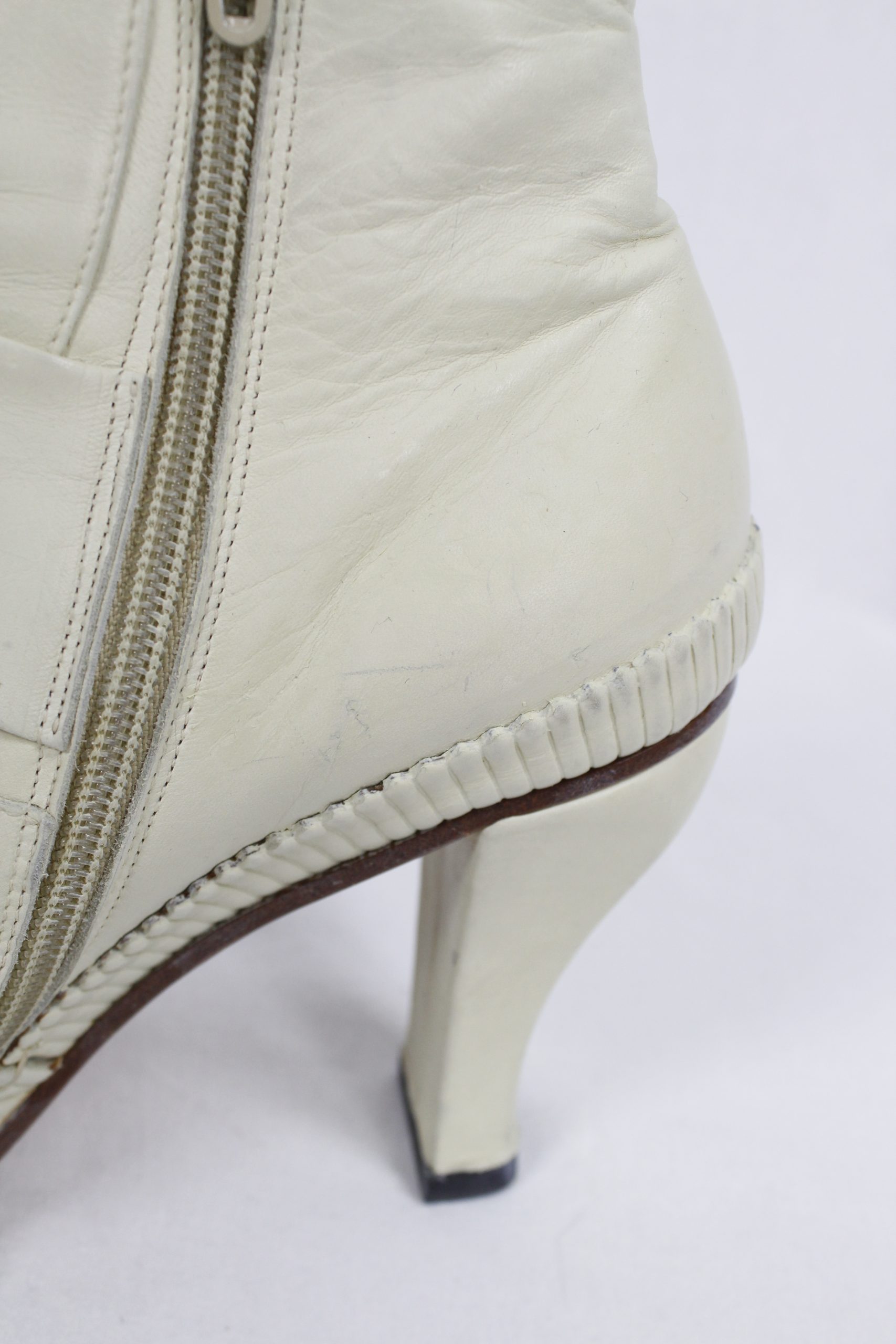 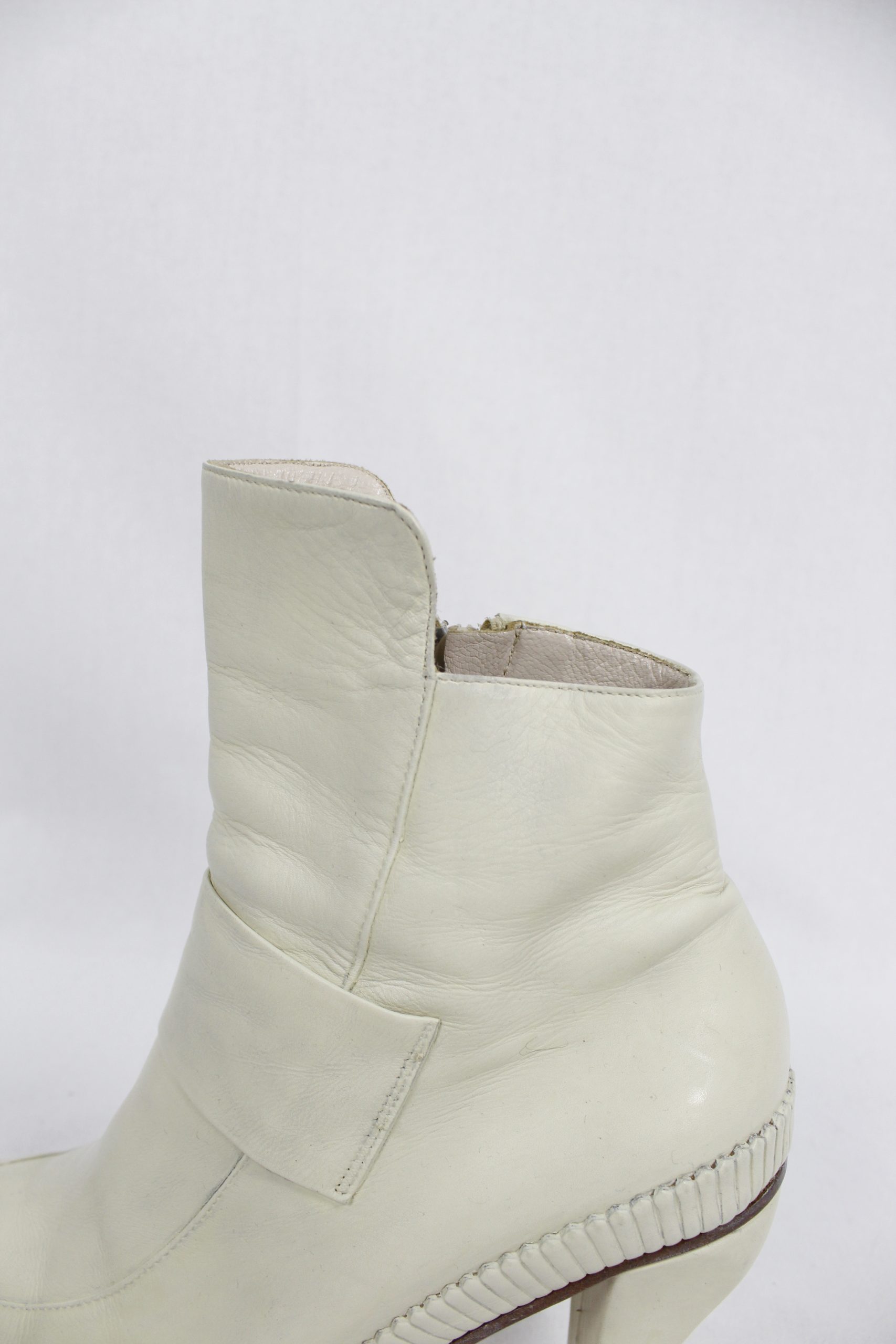 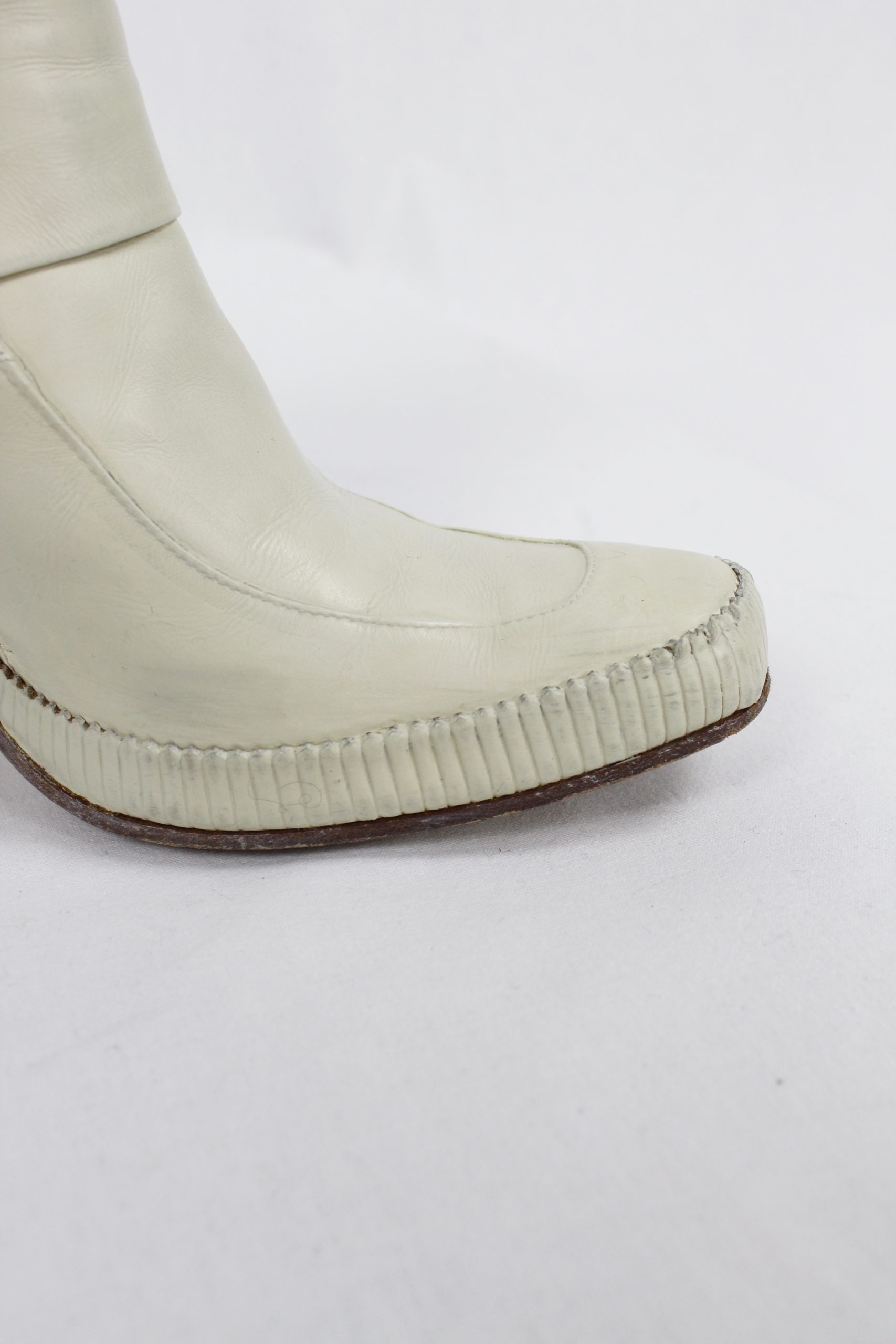 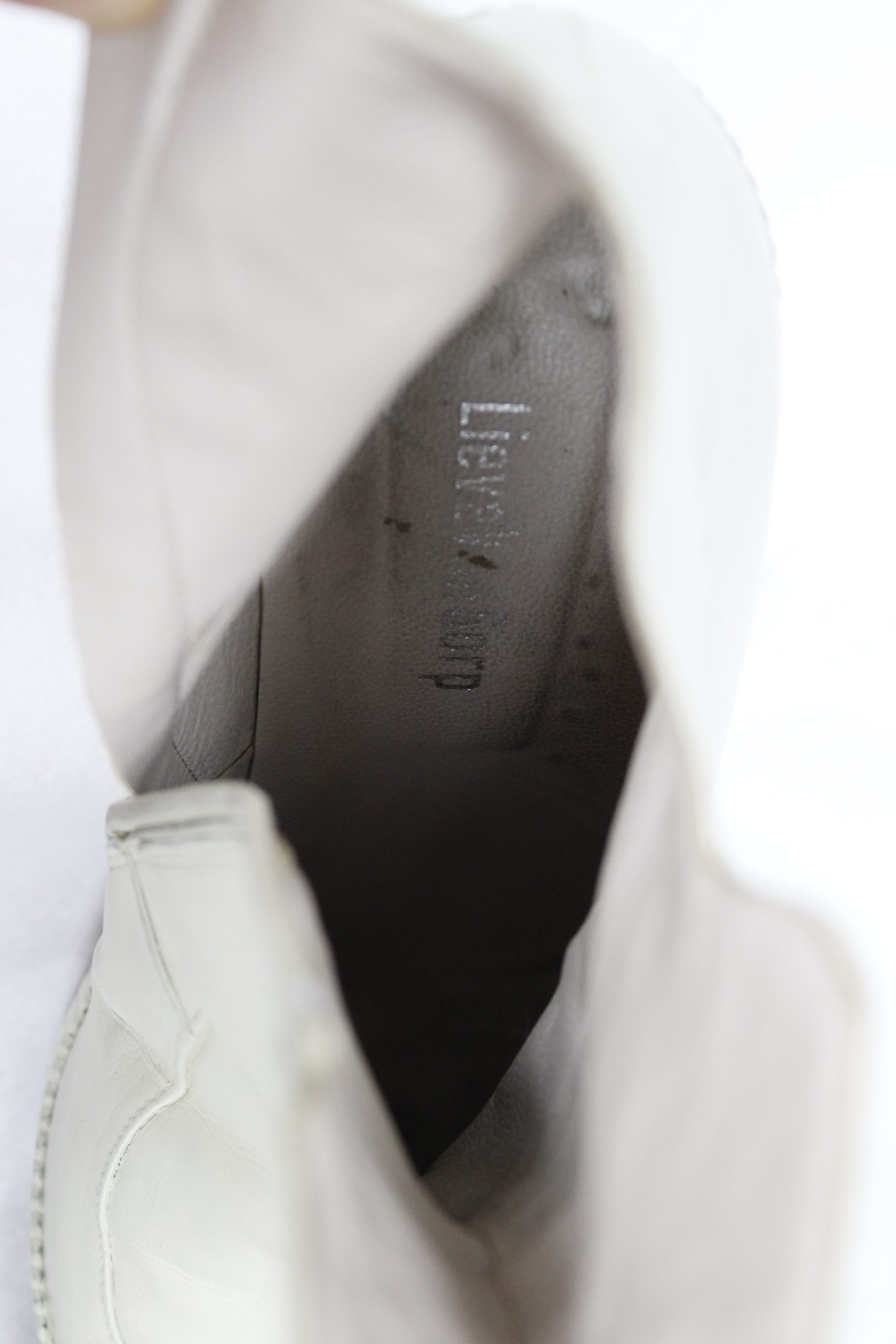 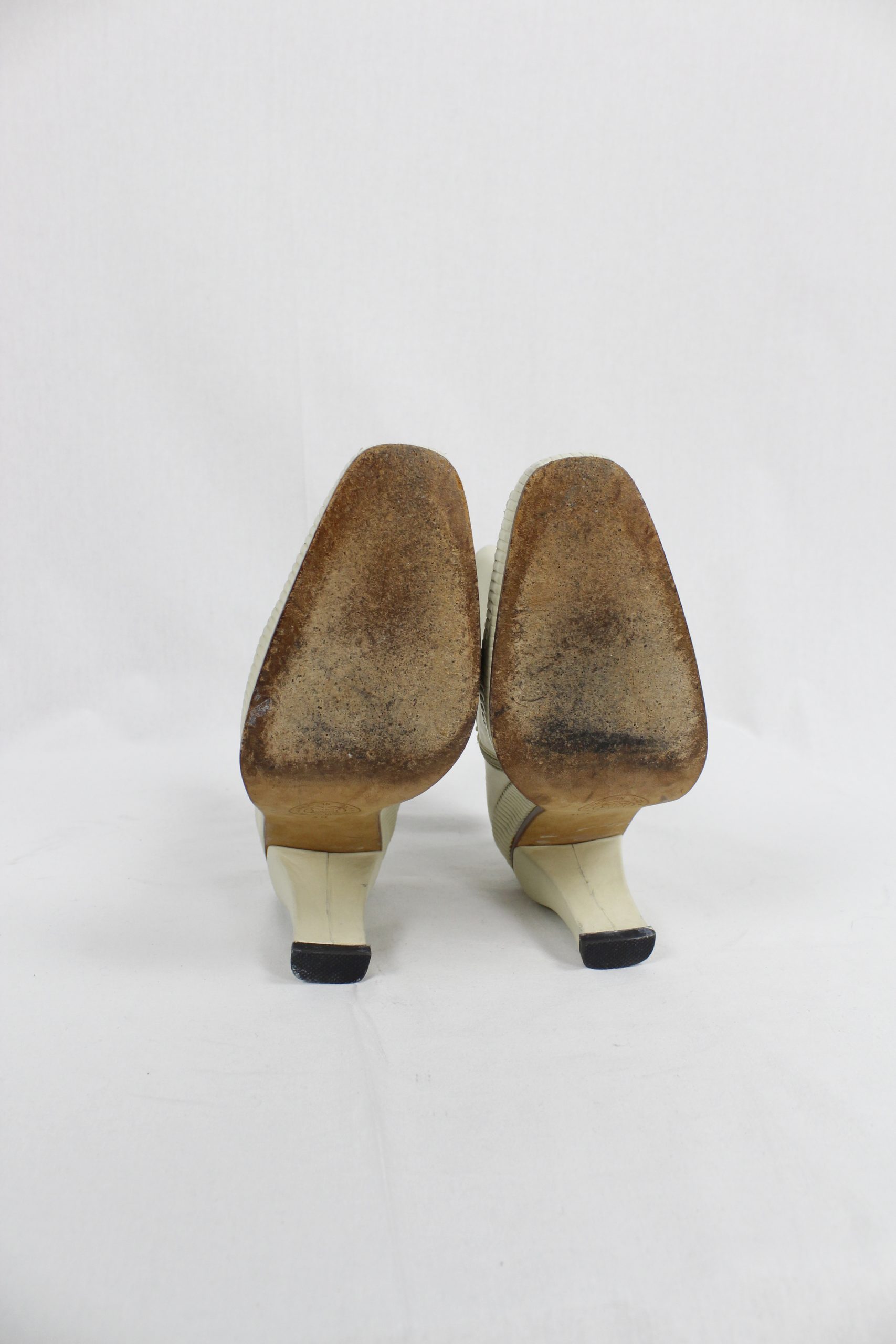 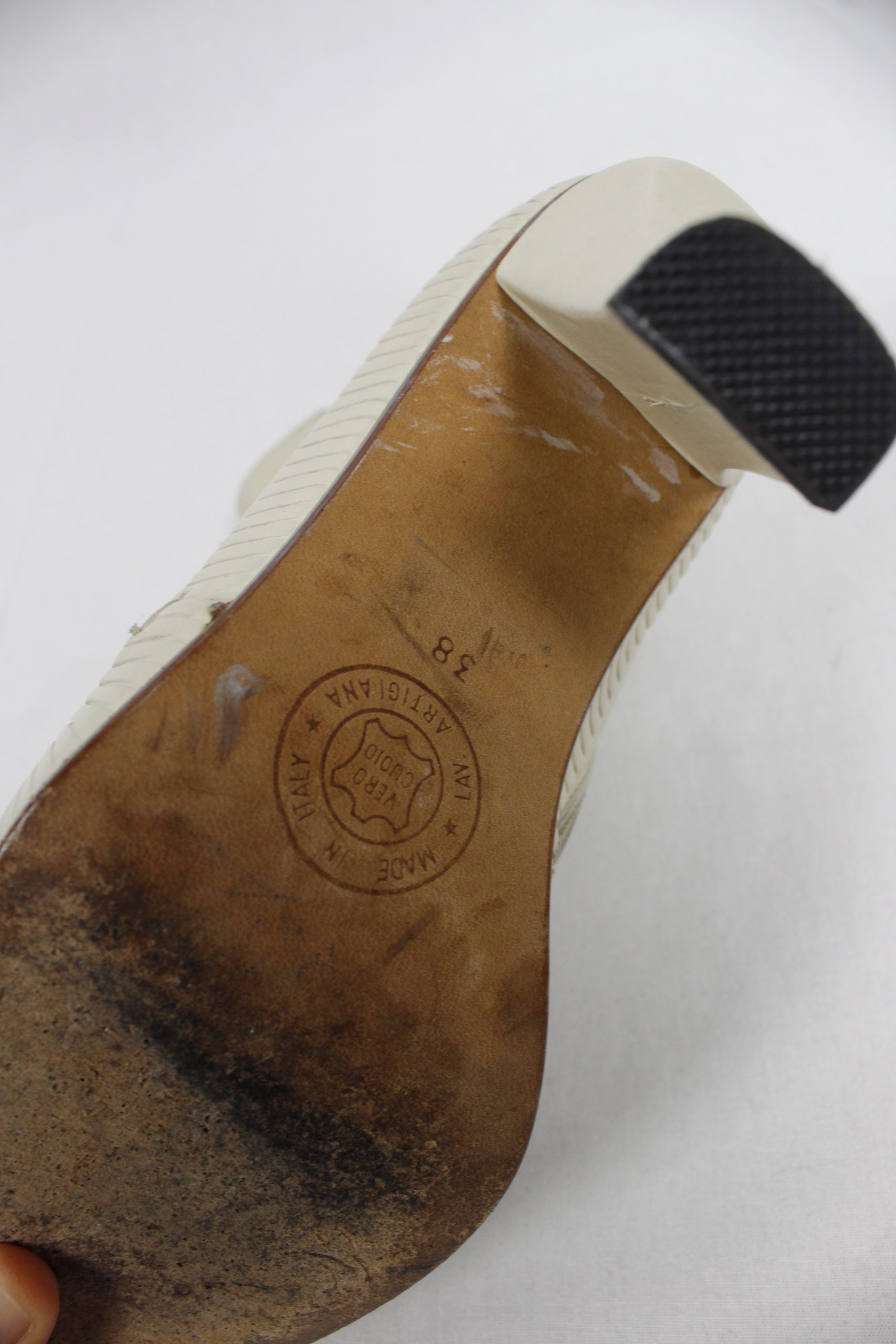 Ornamental trim along the sole of the boot

“Lieve van Gorp is a Belgian fashion designer graduating from the Royal Academy of Fine in Arts Antwerp. After various styling and assisting jobs, she launched her first collection “Warriors” in 1991. She quickly rose to stardom in the 90’s. In 1997 she launched her first men’s collection, playing on the idea of ‘reversed-unisex’; men wore clothes seemingly taken from their girlfriends wardrobe.

Lieve describes her designs as ‘Hard Aesthetics’, which is seen in the punk-influences and sexuality in her clothes. She claims it to be a rebellion against the school run by nuns, that she attended in her childhood.

After a very short but impressive career, she ended her brand in 2001 to take care of her partner, who became very ill. Because of her short design career, her clothes are very sought after and highly collectable.”

Worn condition, have been redyed but chafing marks remain