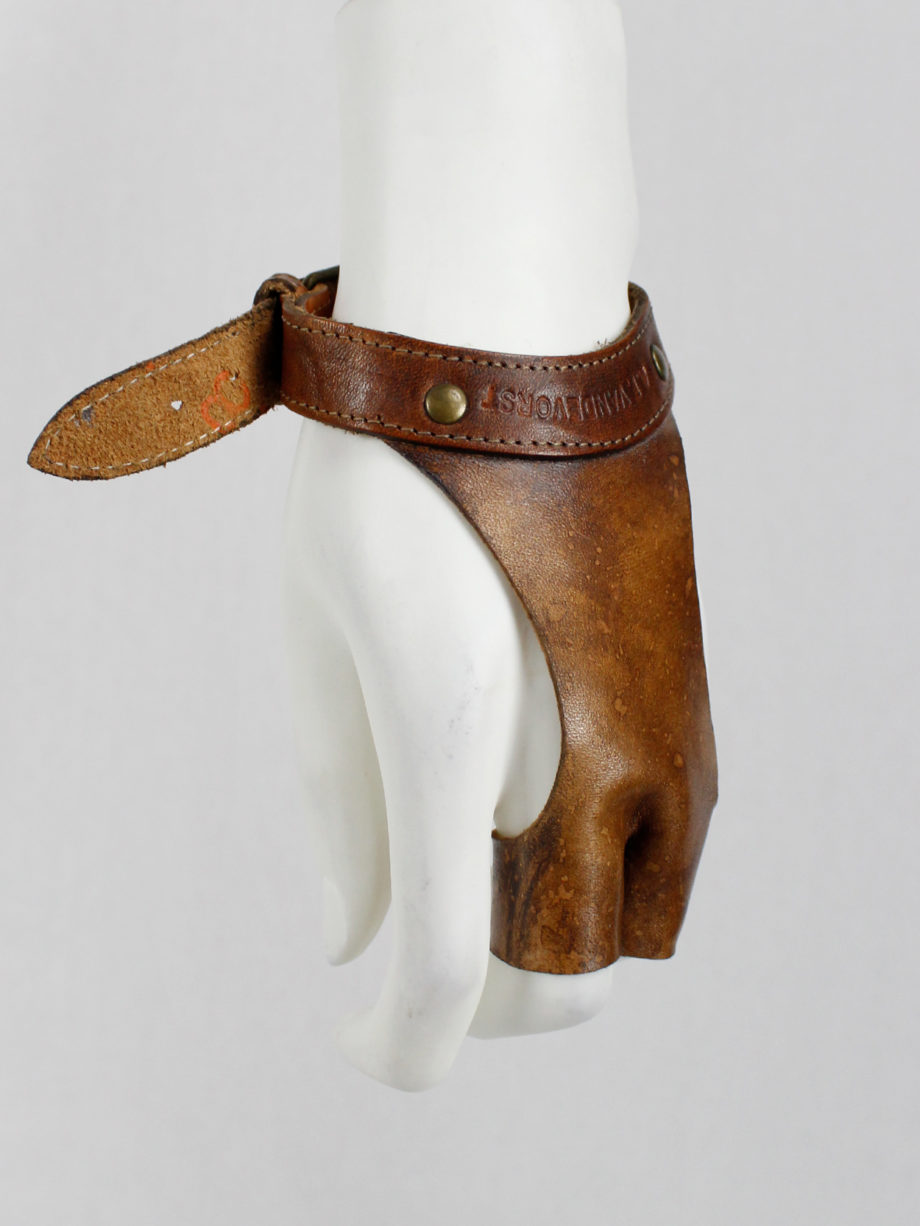 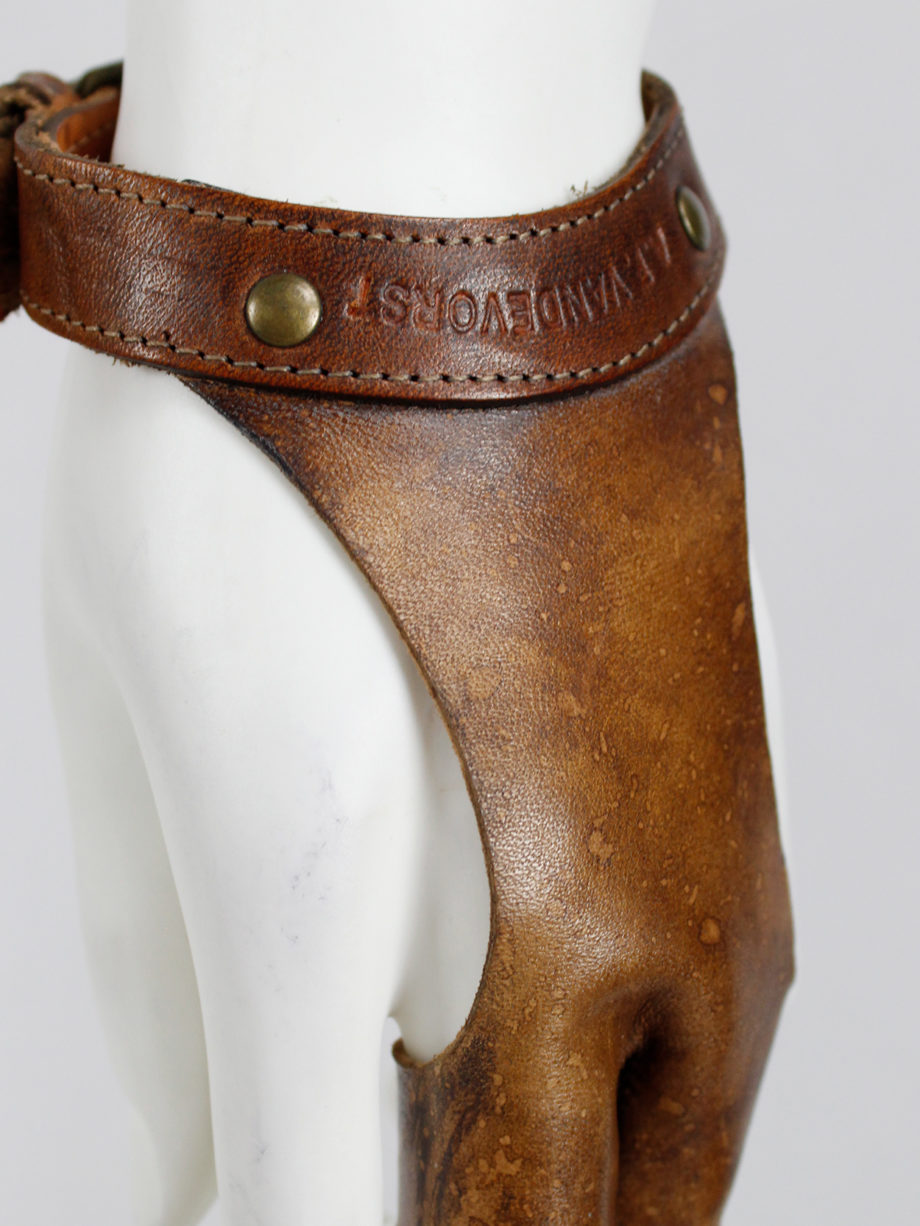 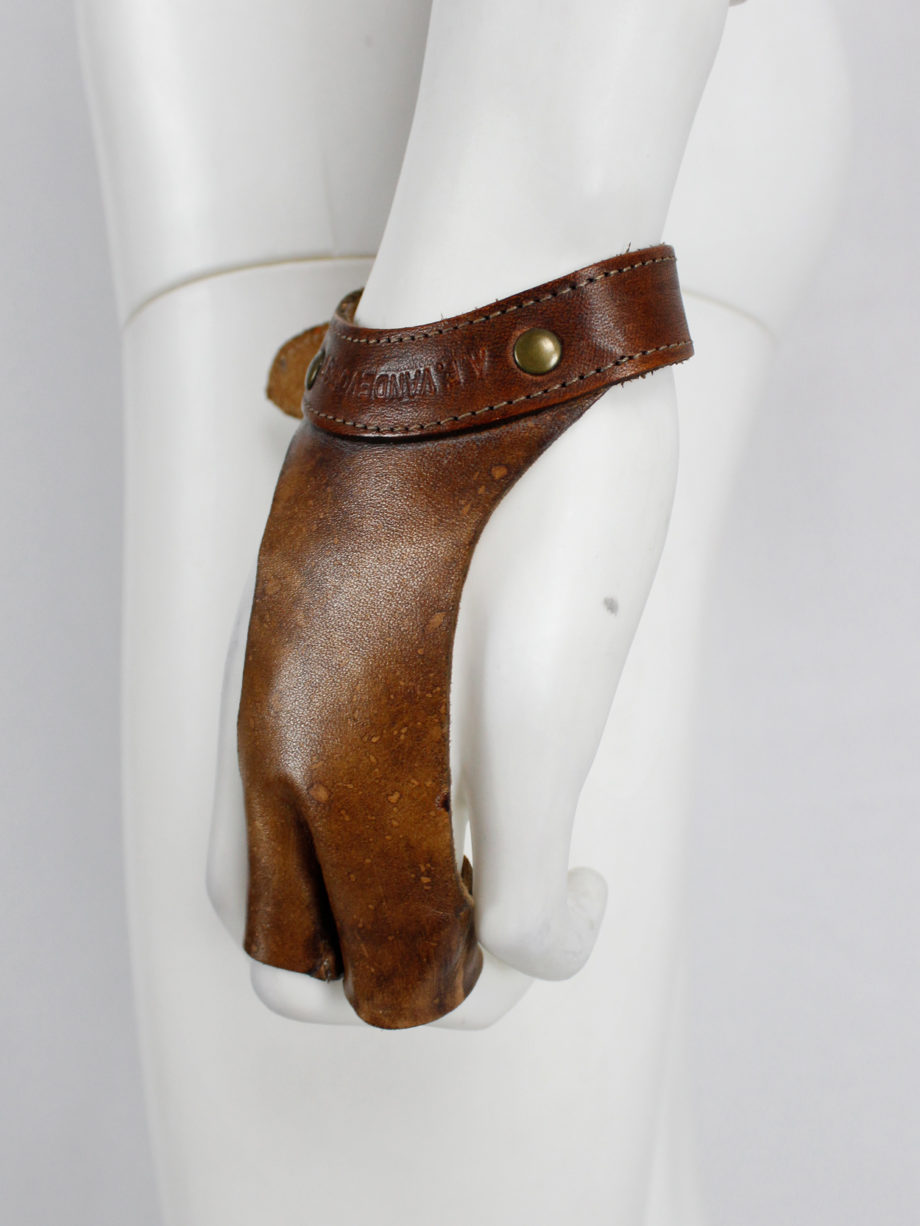 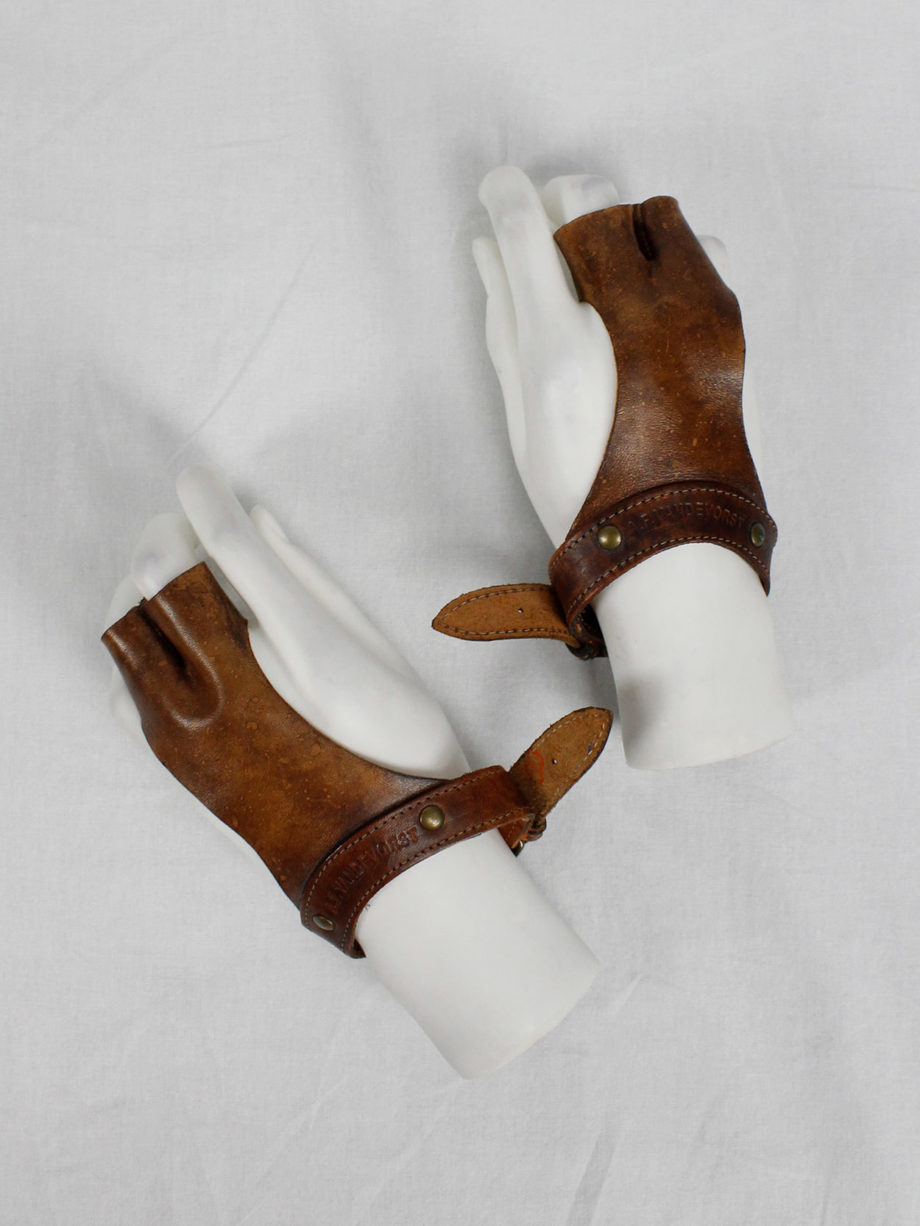 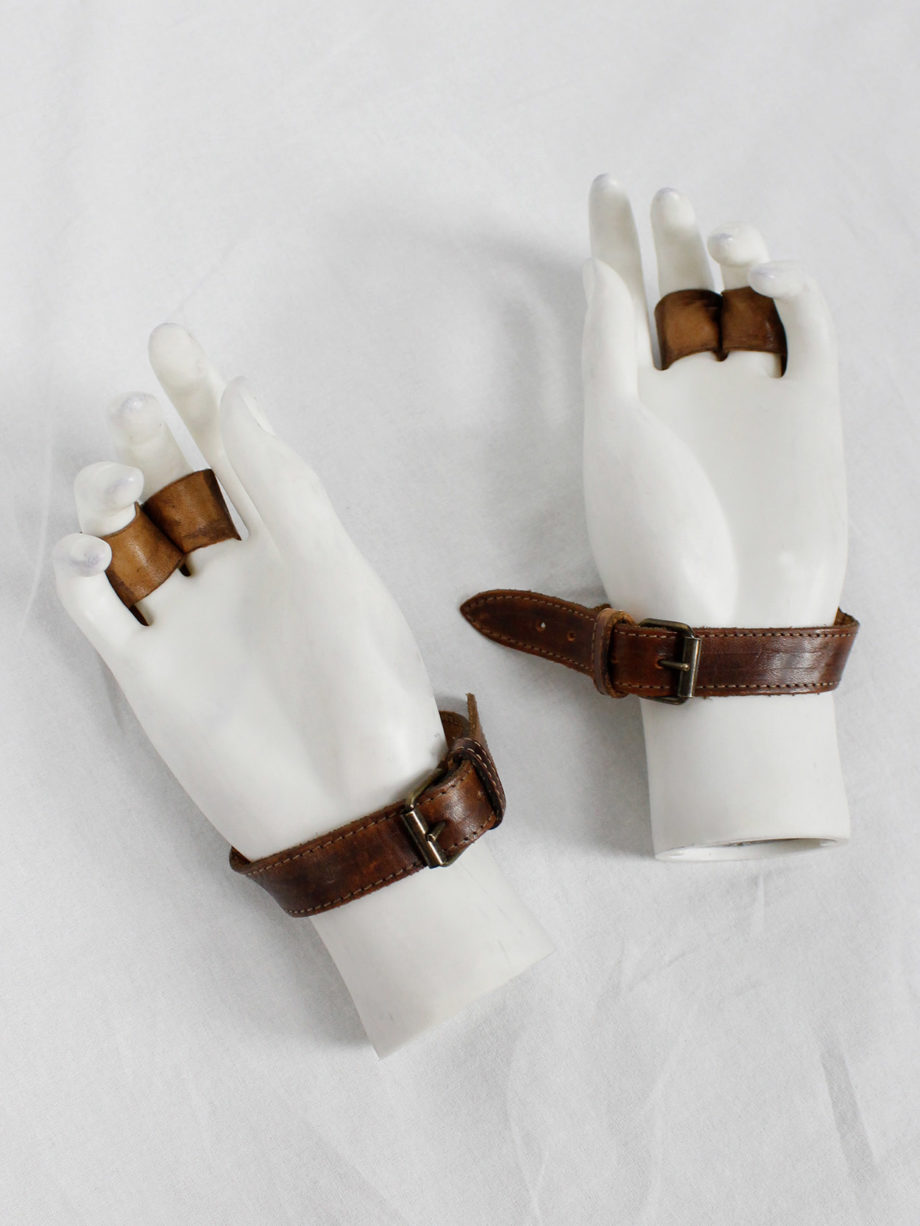 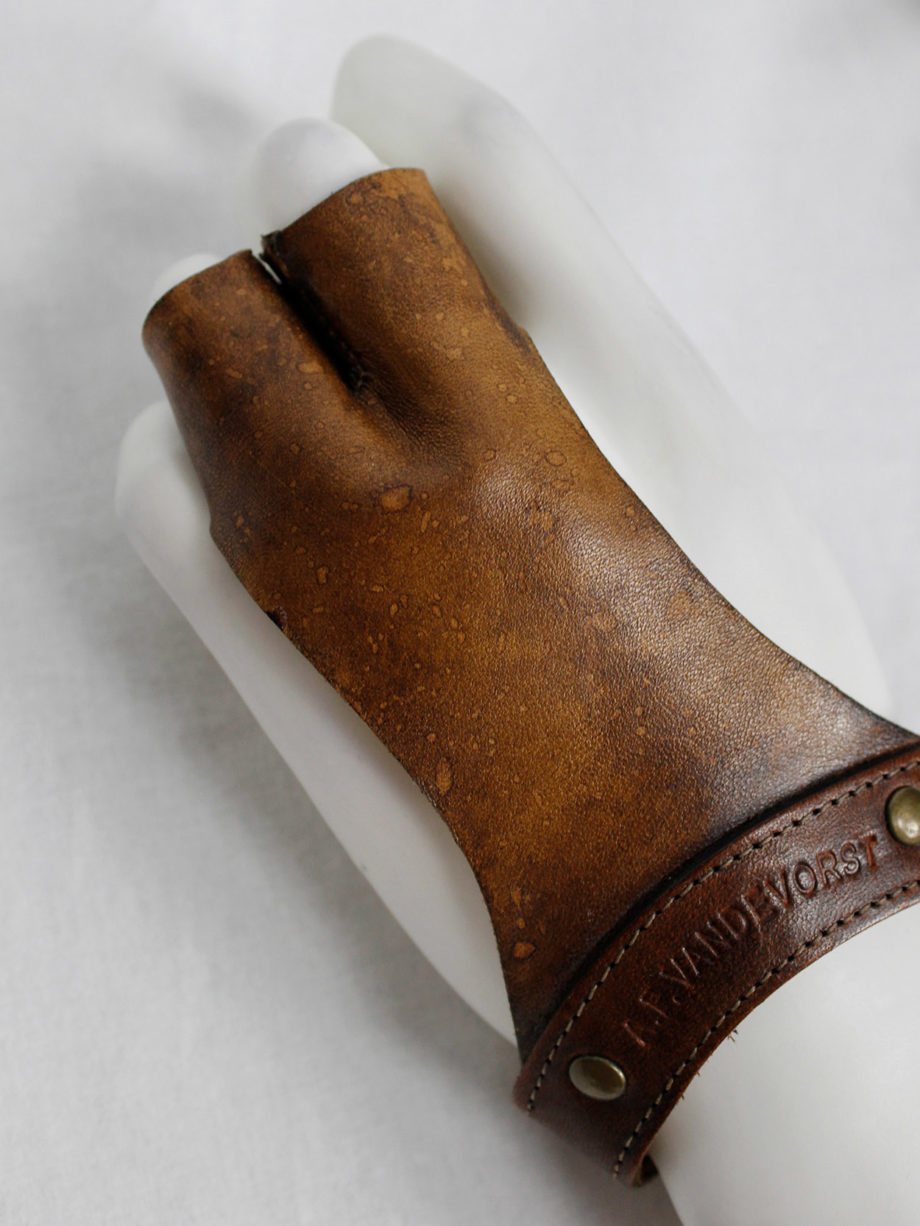 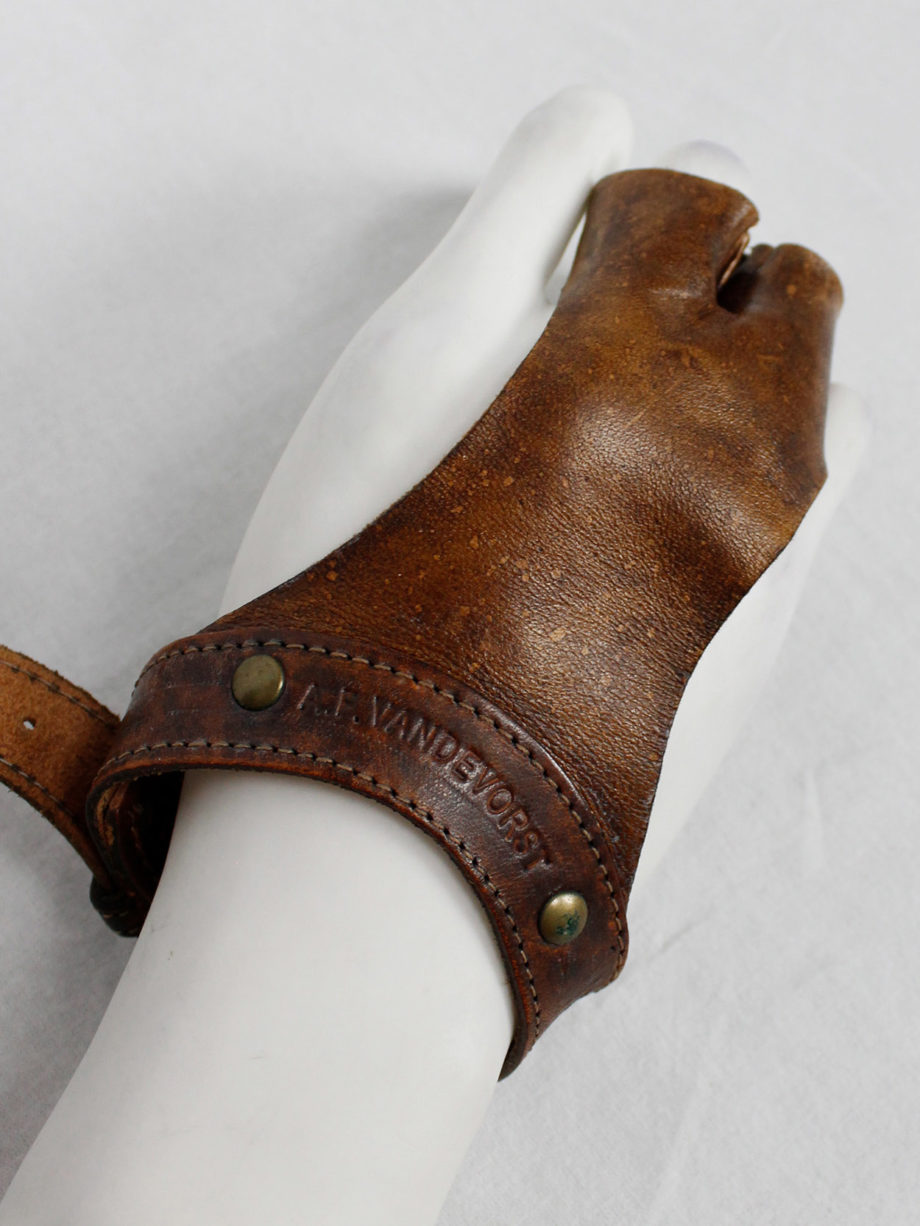 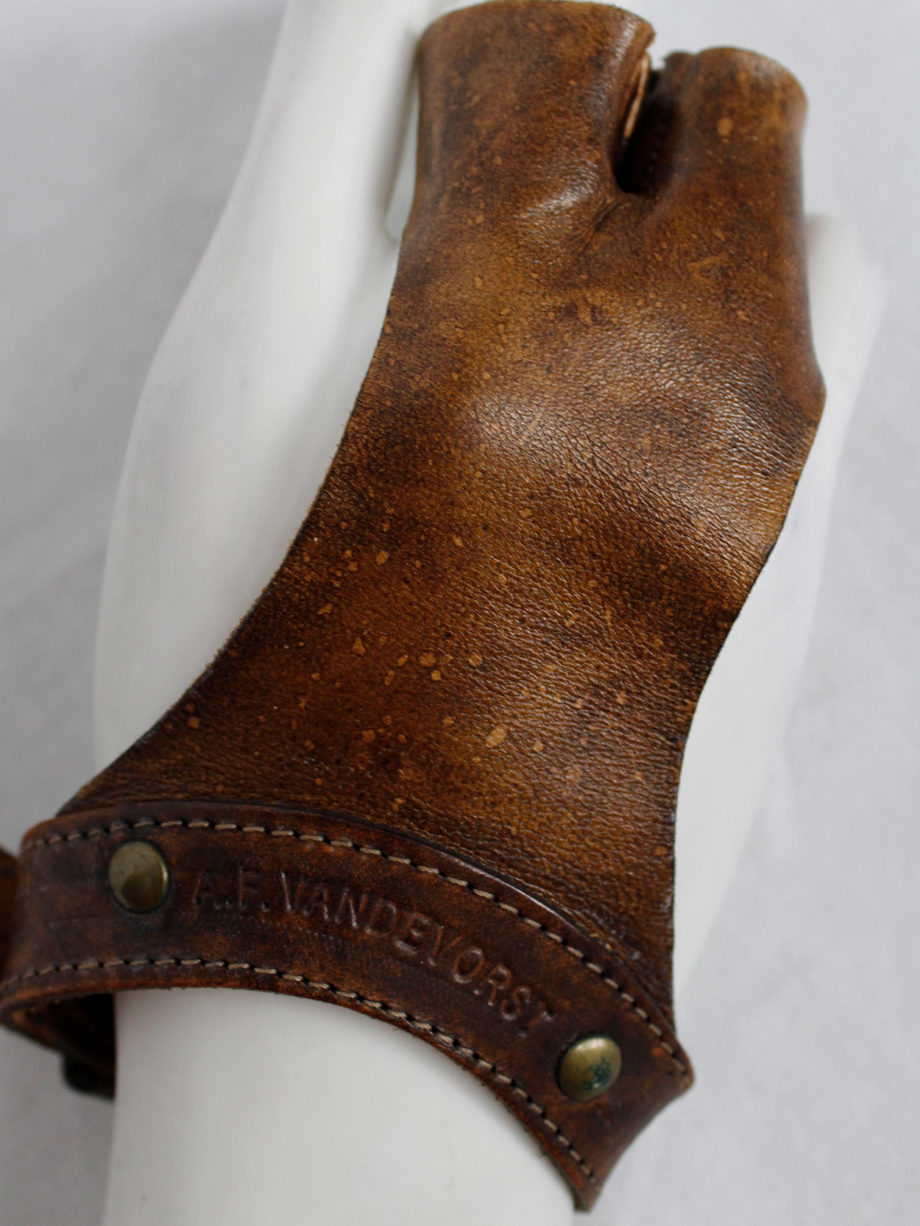 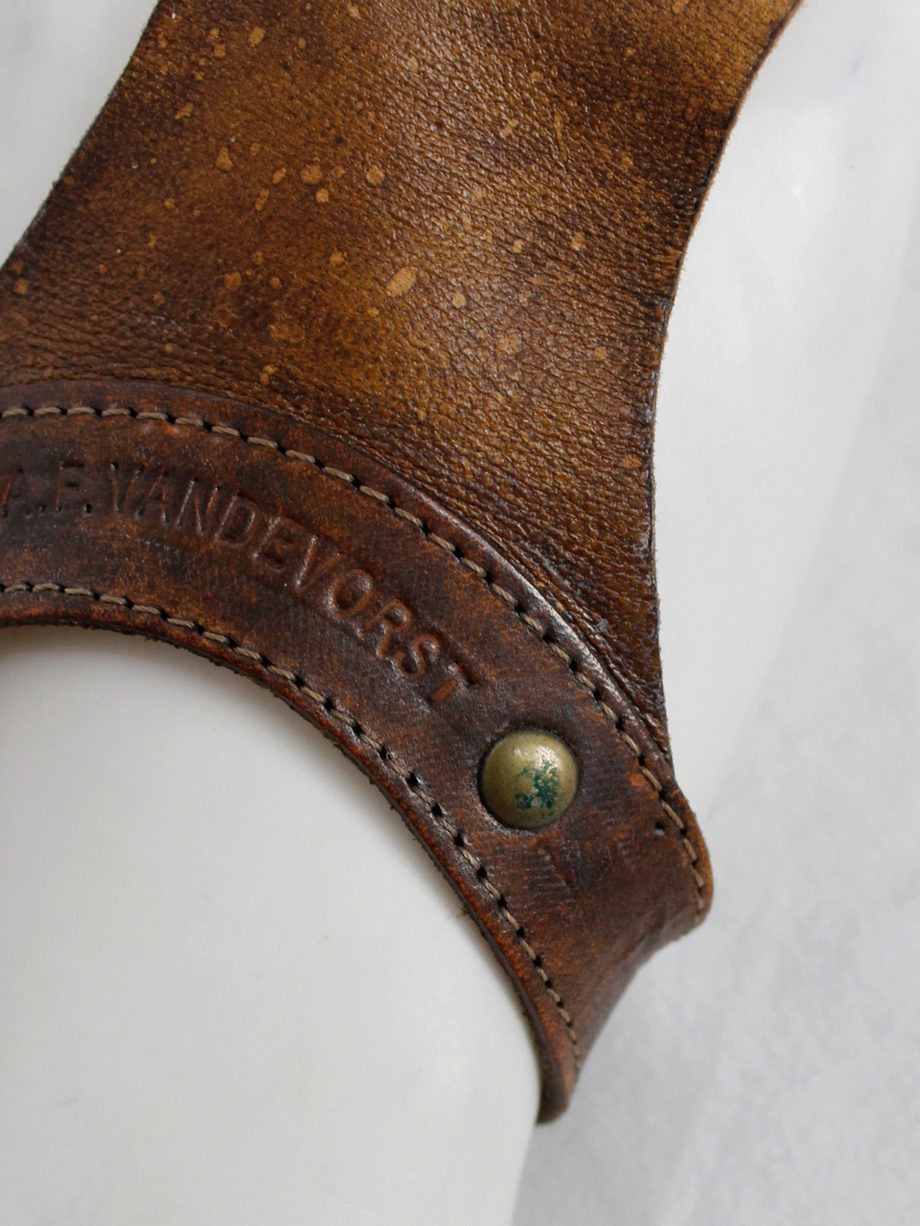 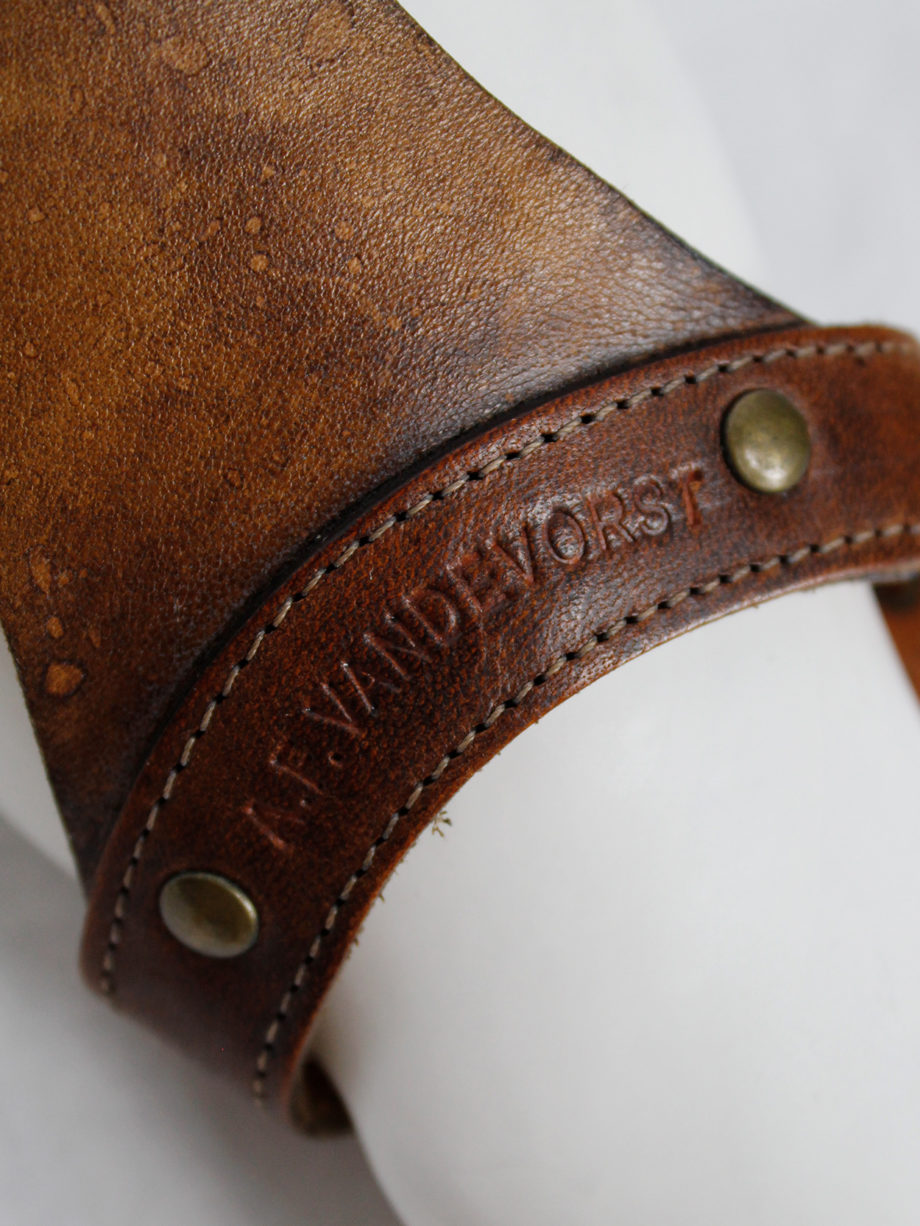 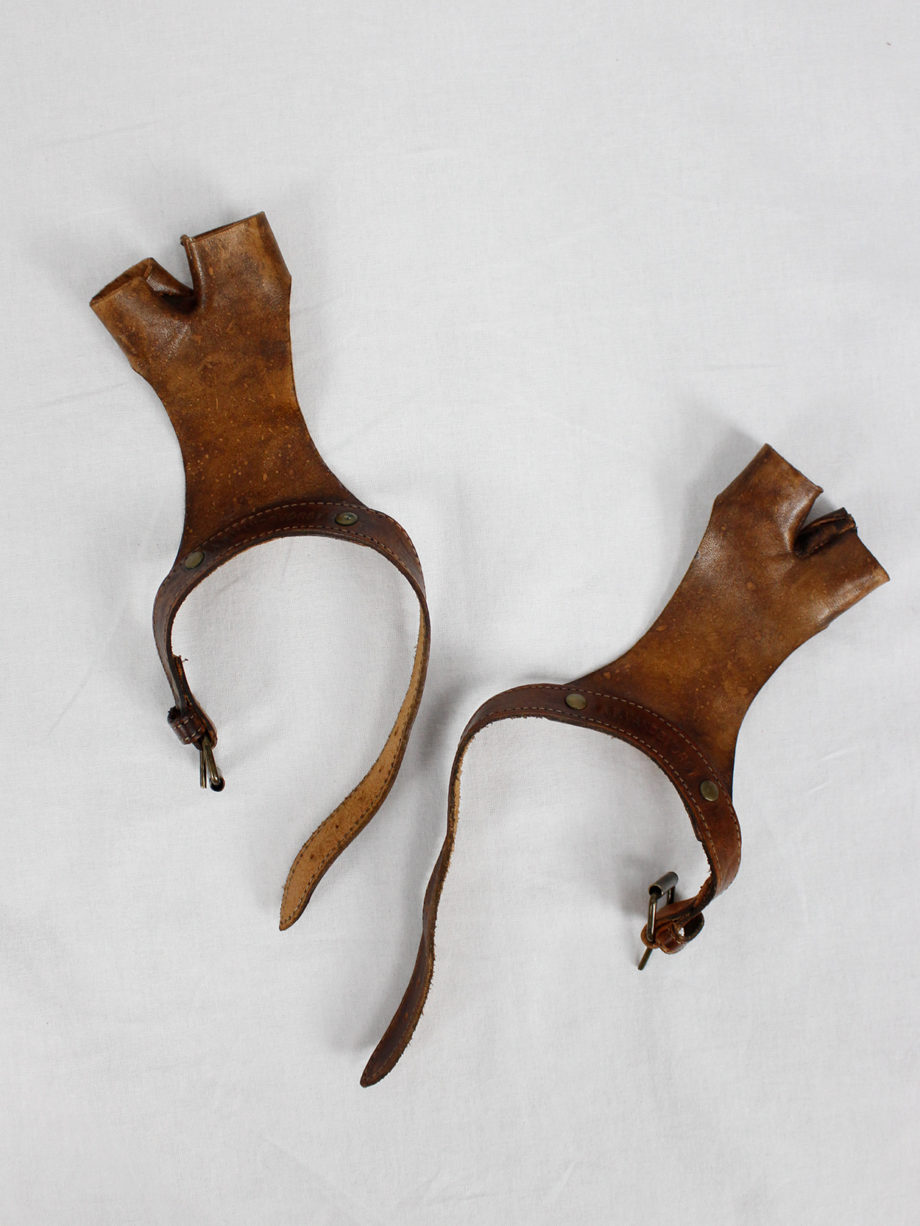 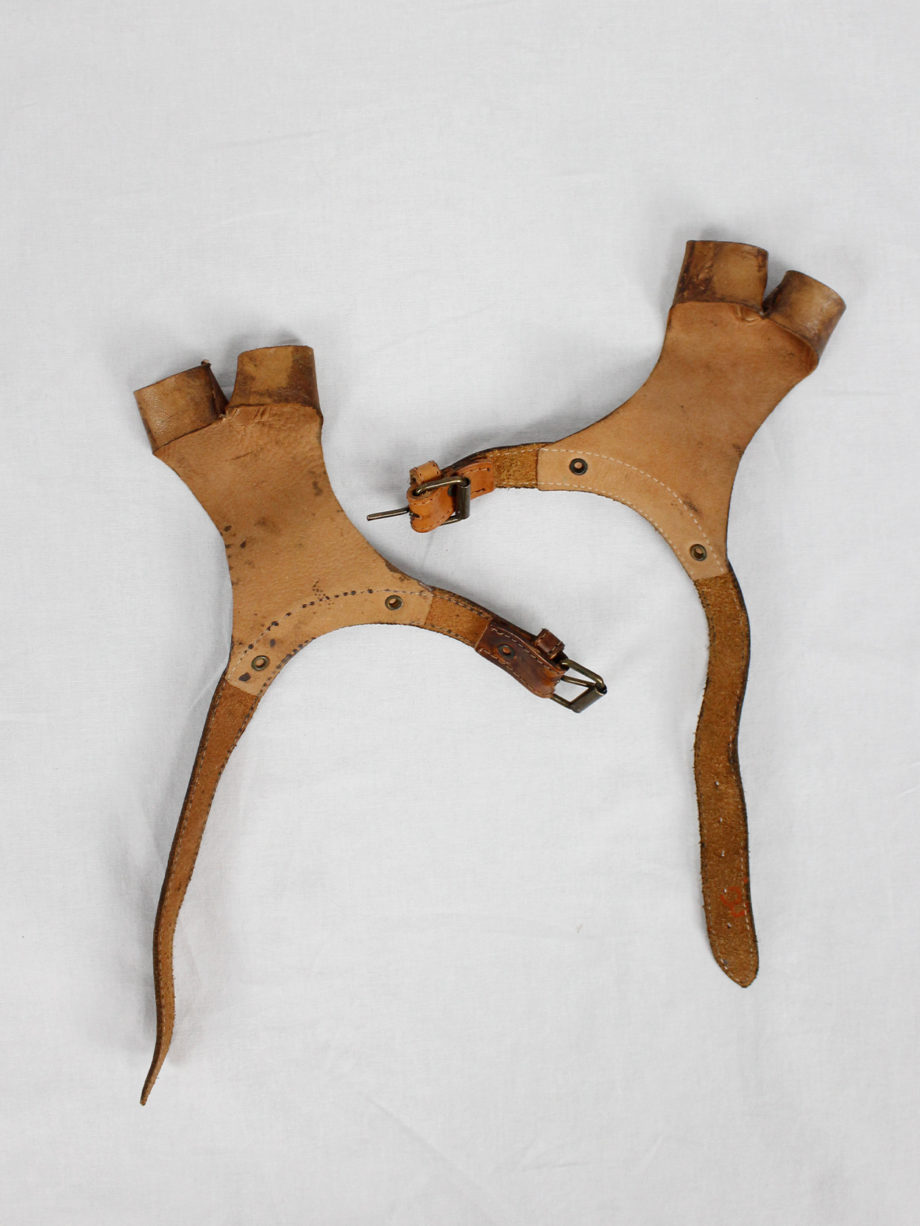 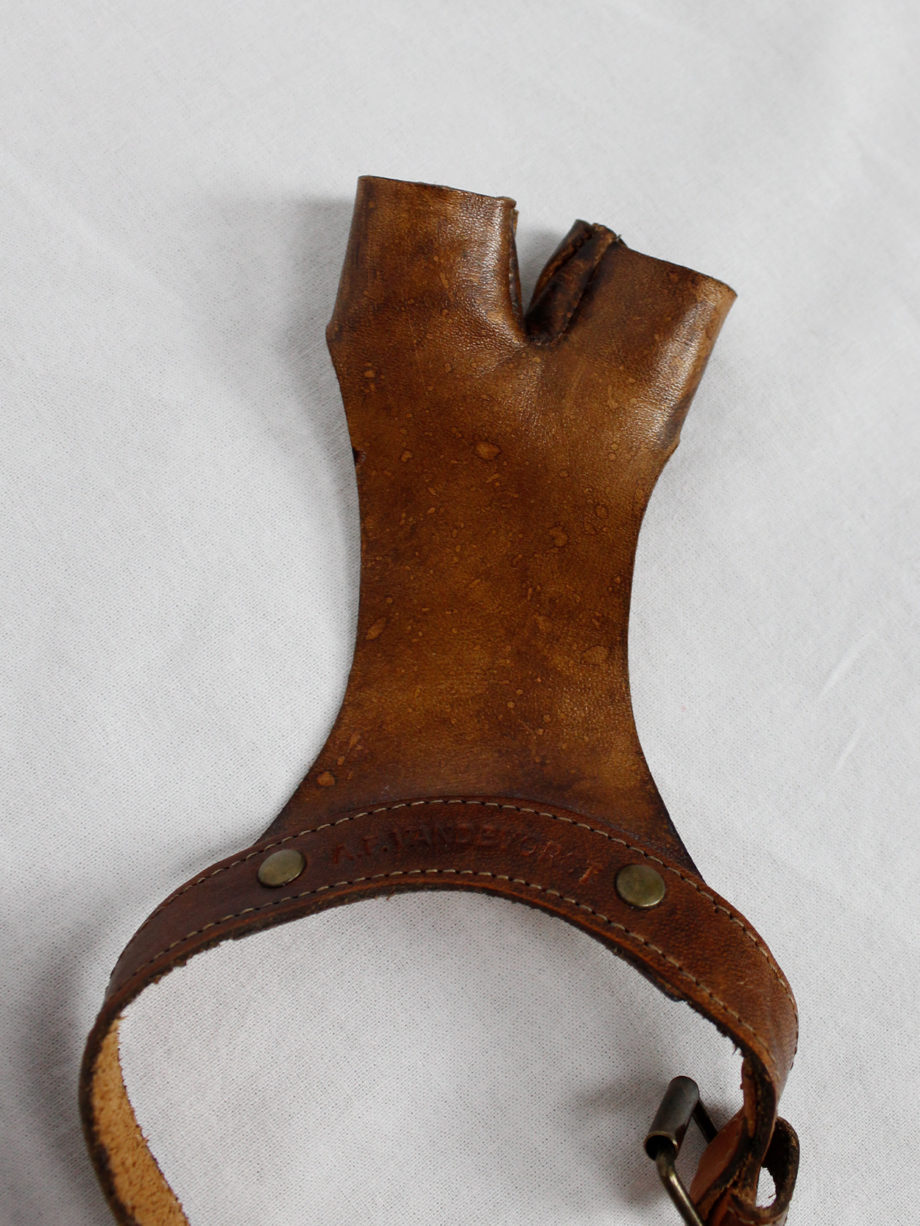 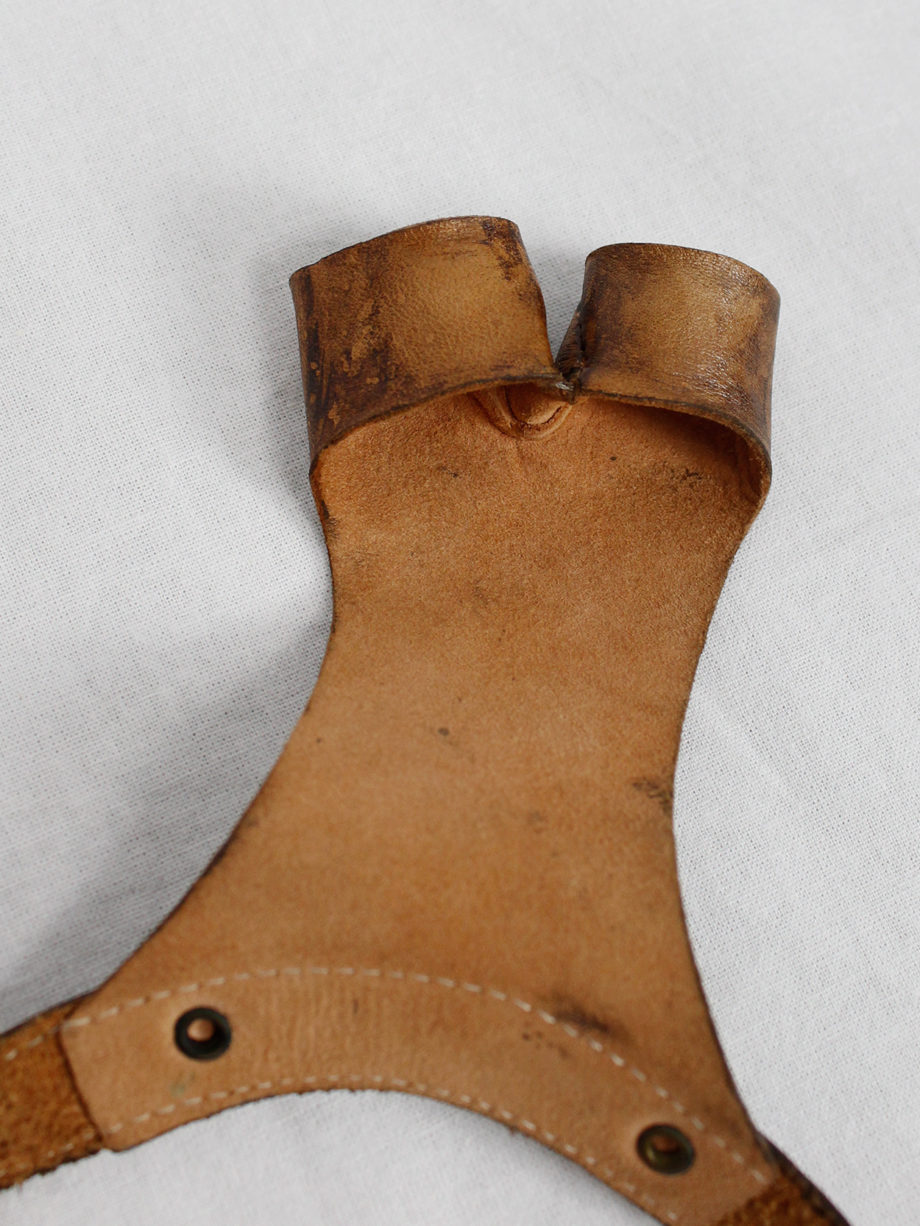 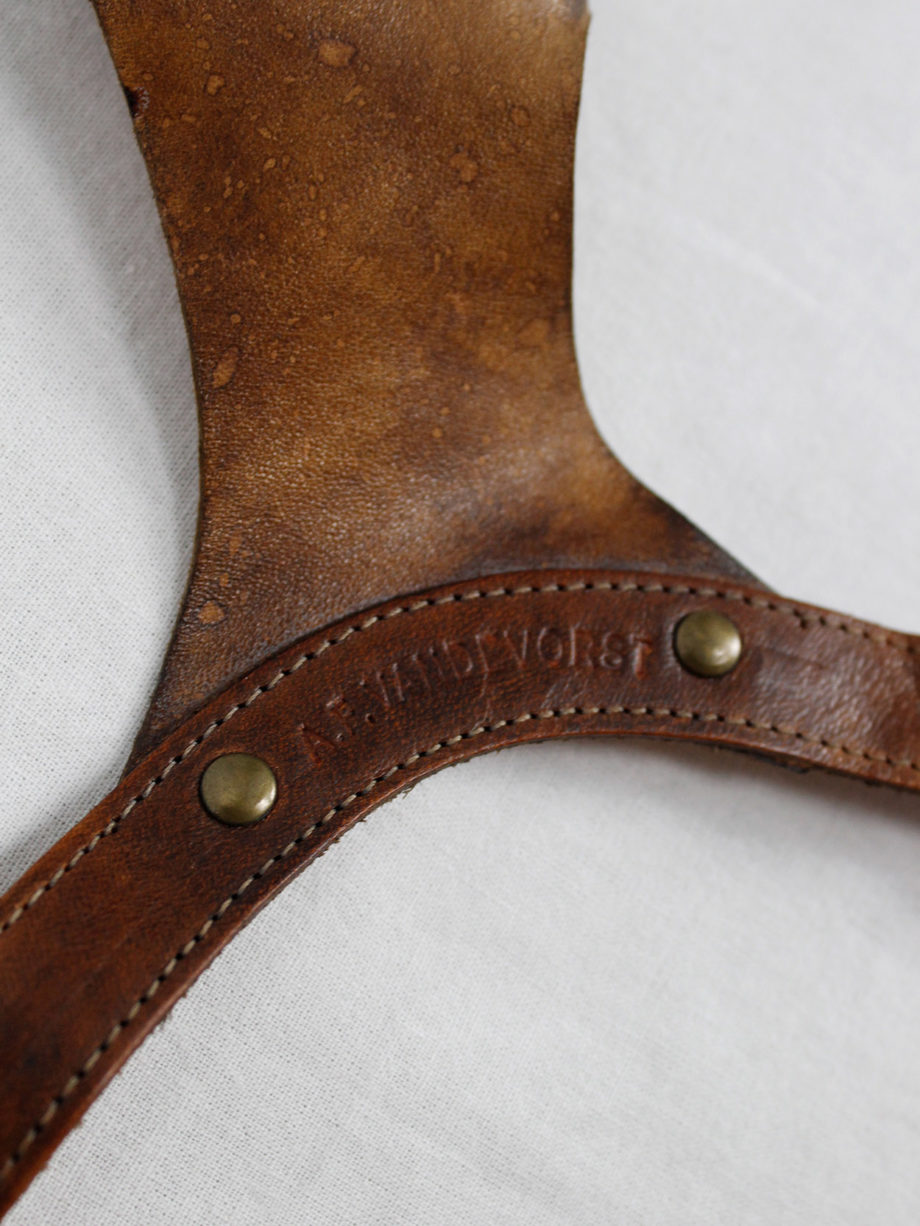 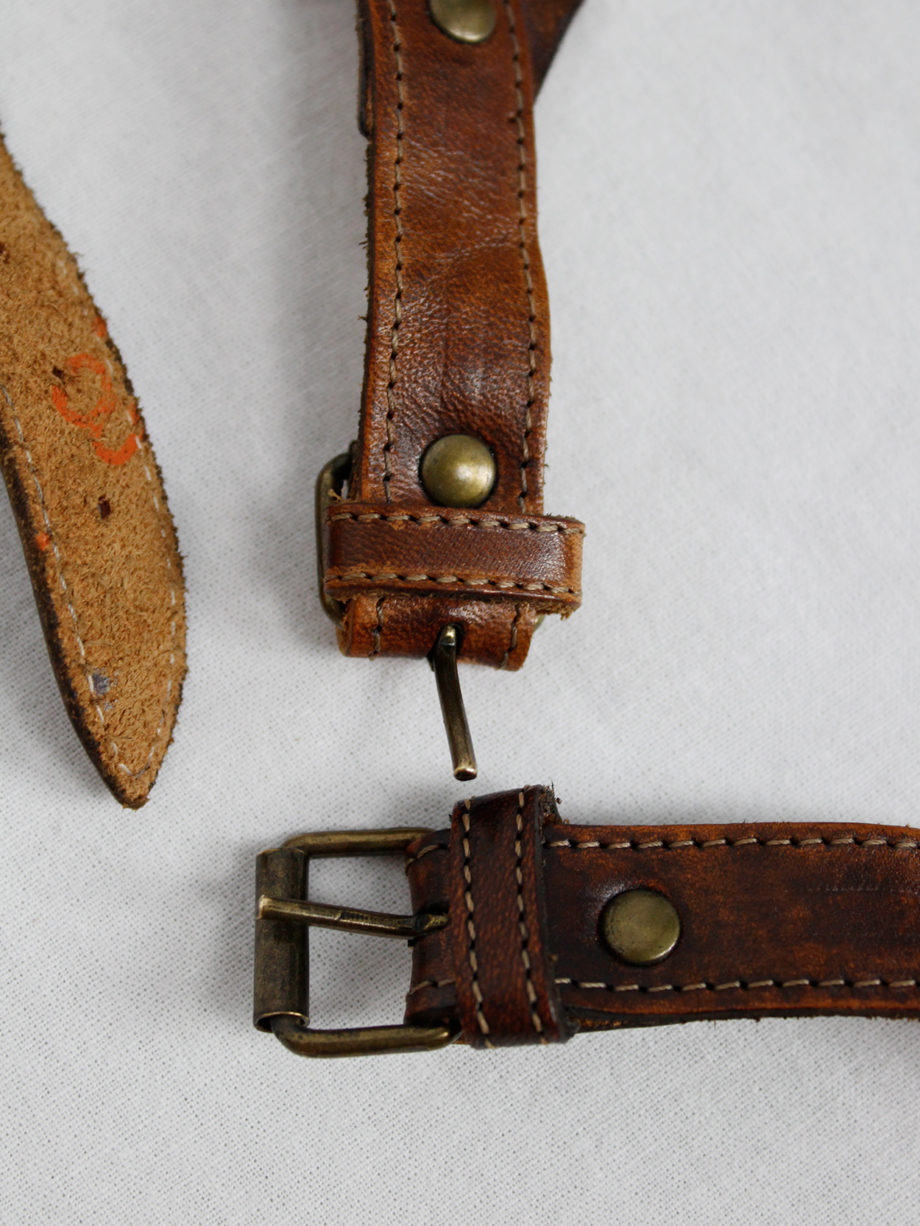 Size: one size but small at the fingers

Partly covering the back of the hand

Dark brown stap around the wrist

Adjustable belt closure at the wrist

The A.F. Vandevorst logo is embossed at the wrist

From the spring 2001 collection

A.F. Vandevorst is a Belgian label created in 1997 by the couple Filip Arickx and An Vandevorst.

In 1987, both An Vandevorst and Filip Arickx met on their first day as students at Antwerp’s Royal Academy of Fine Arts. Instantly they felt like they matched, both on a personal and a creative level.

After graduating, An Vandevorst went to work for Maison Martin Margiela and became the first assistant of Dries Van Noten later on. Filip Arickx completed his obligatory military service, worked as a freelance stylist afterwards and went to work for Dirk Bikkembergs.

Vandevorst and Arickx united in 1997 to create their label A.F. Vandevorst. This was a time when the fashion world was eagerly awaiting a second wave of talent to follow in the footsteps of the famous ‘Antwerp Six’:  Ann Demeulemeester,Walter van Beirendonck, Dries Van Noten, Dirk Van Saene, Dirk Bikkembergs and Marina Yee.Arickx and Vandevorst remember their first collection — shown in Paris for fall 1998— as being overflowing, perhaps overly so, with ideas.

The A.F. Vandevorst aesthetic is marked by a combination of feminine draping and strong masculine tailoring. Filip and An look for inspiration to military and nurse uniforms, lingerie and fetish subculture. Appropriately, their footwear line, launched in 2003, is called Fetish.

They have been growing very slowly and recently gained momentum with their fall 2015 collection, which was nothing short of an art happening, with models wearing gasmasks and getting spraypainted by artist Joris Van de Moortel while walking the runway.