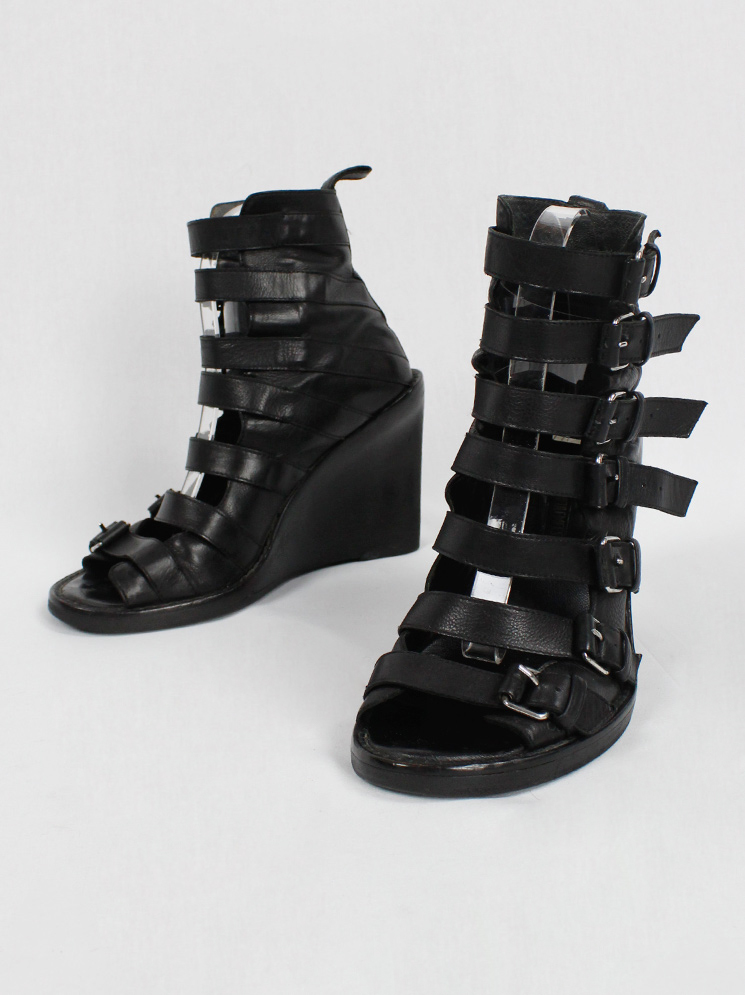 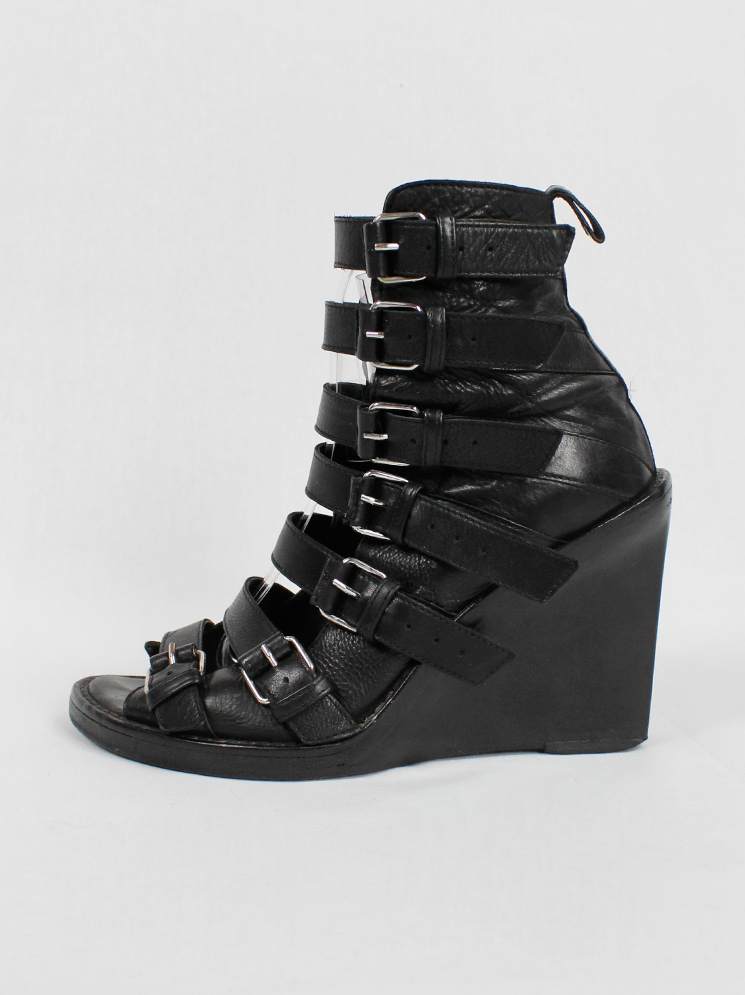 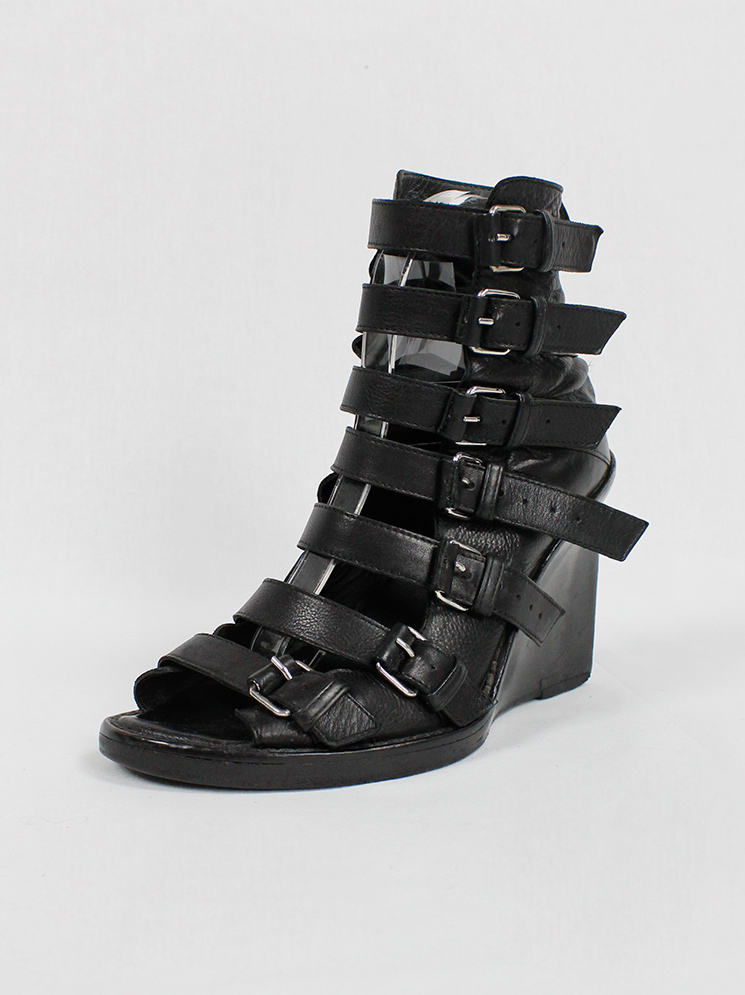 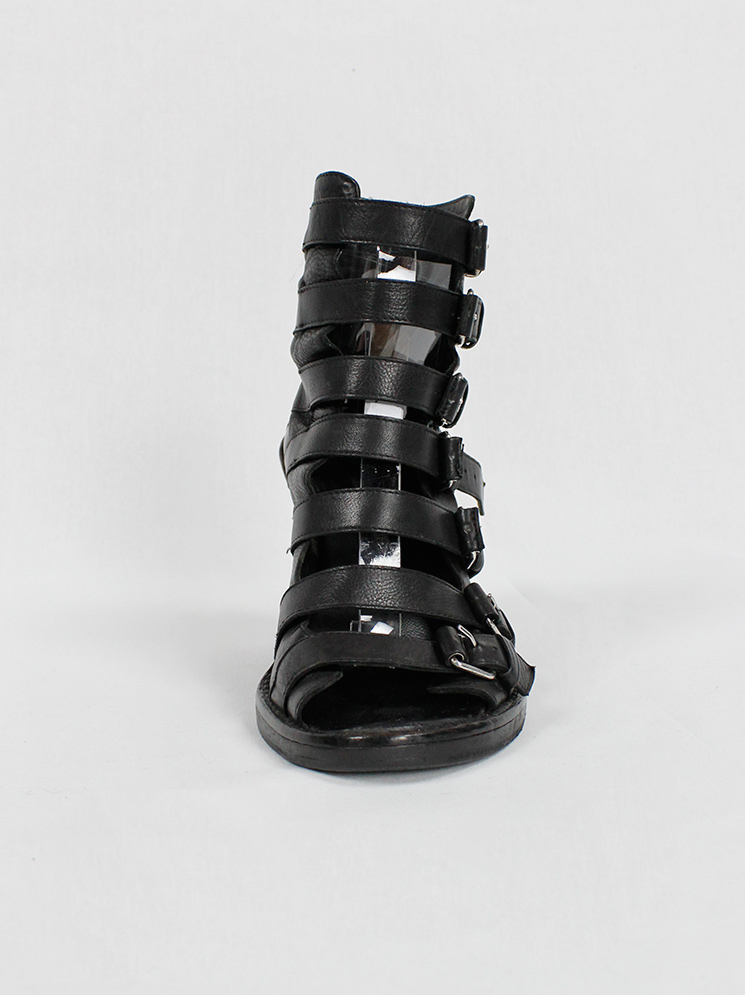 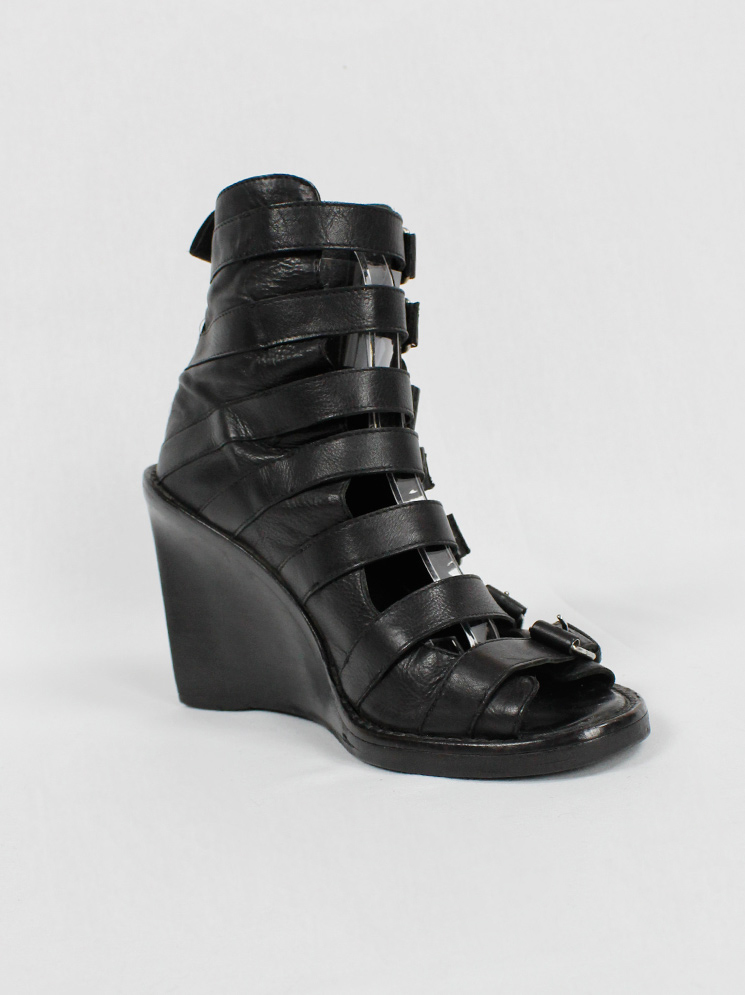 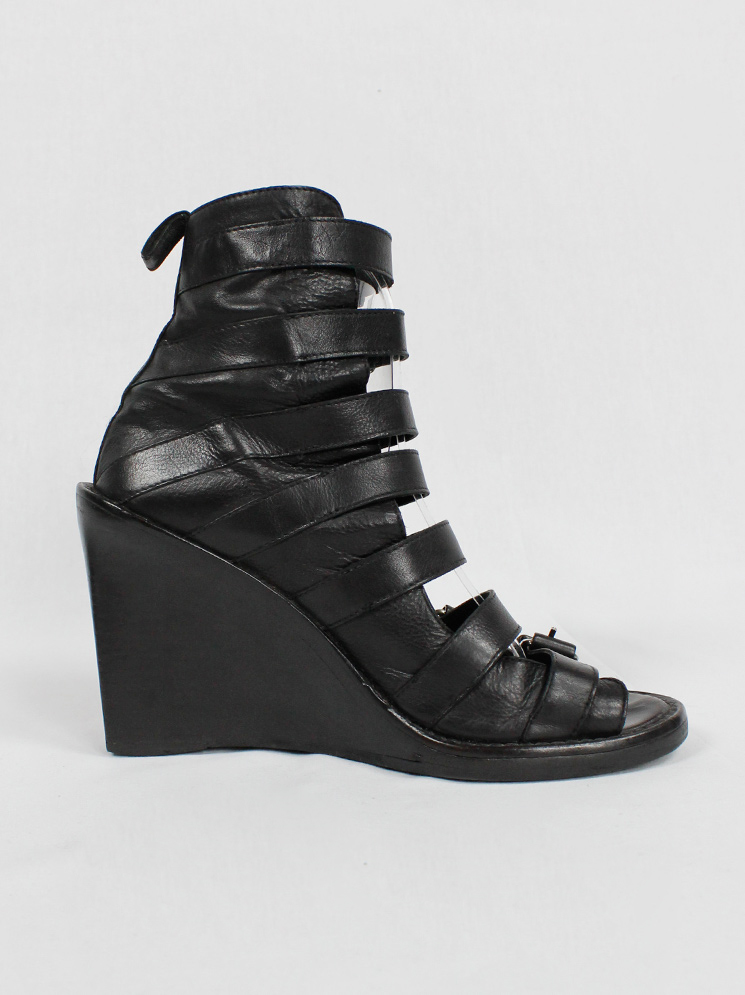 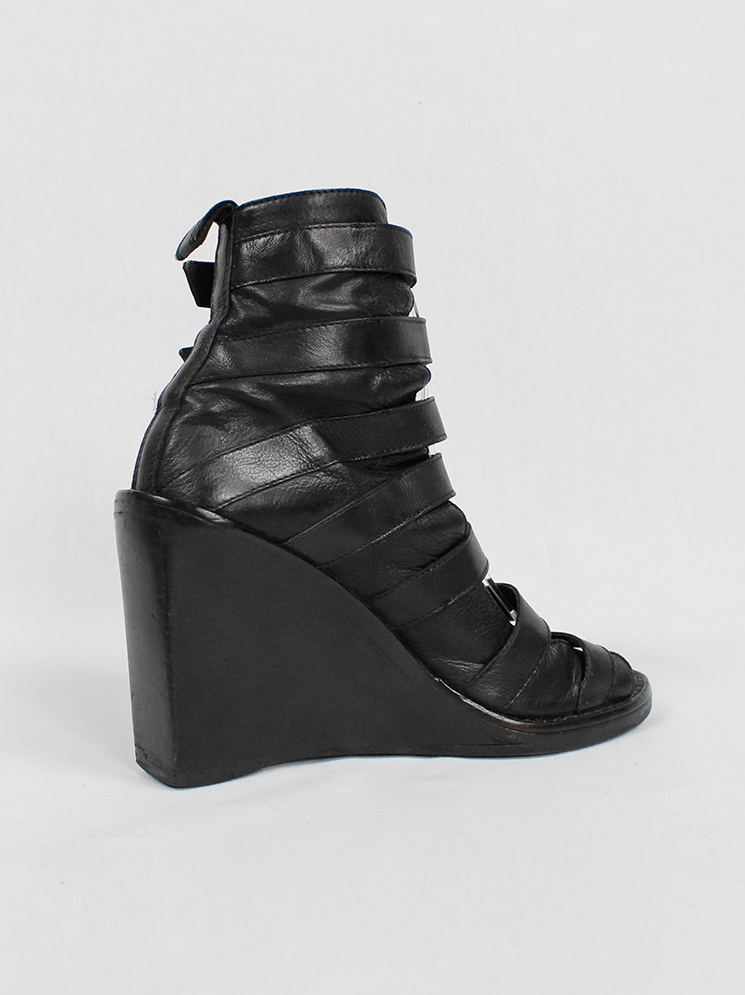 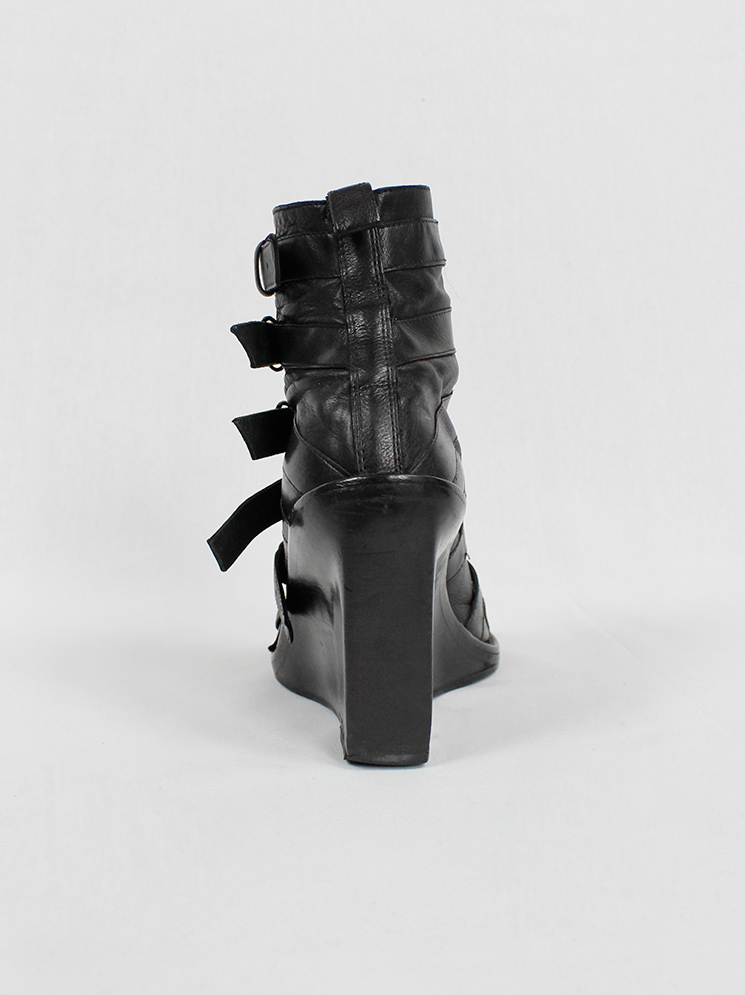 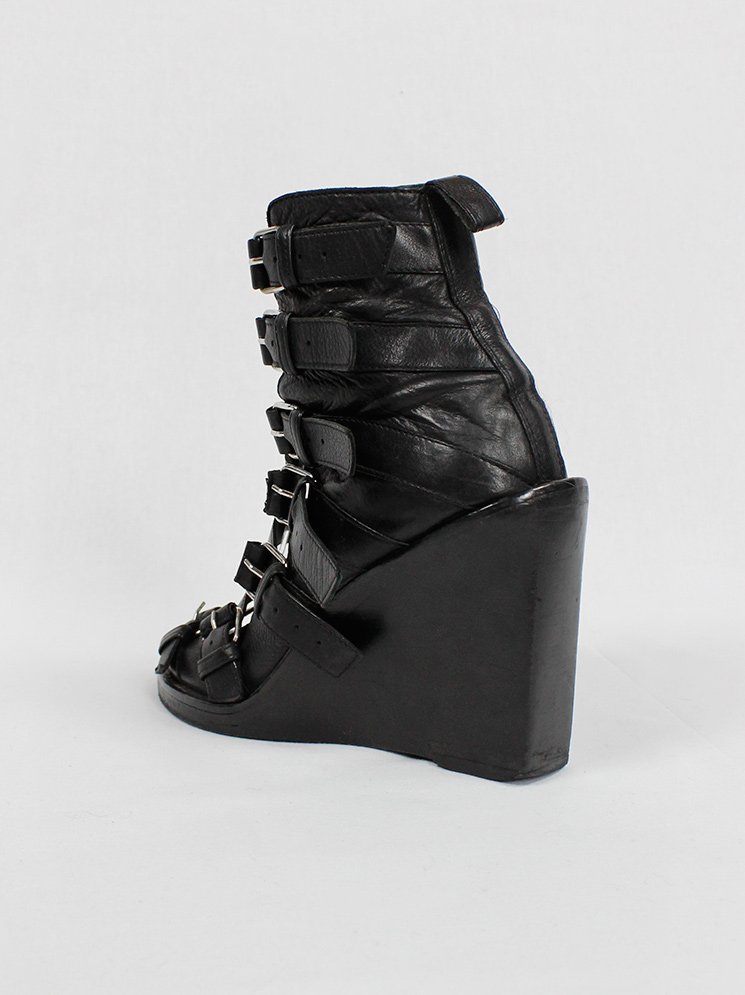 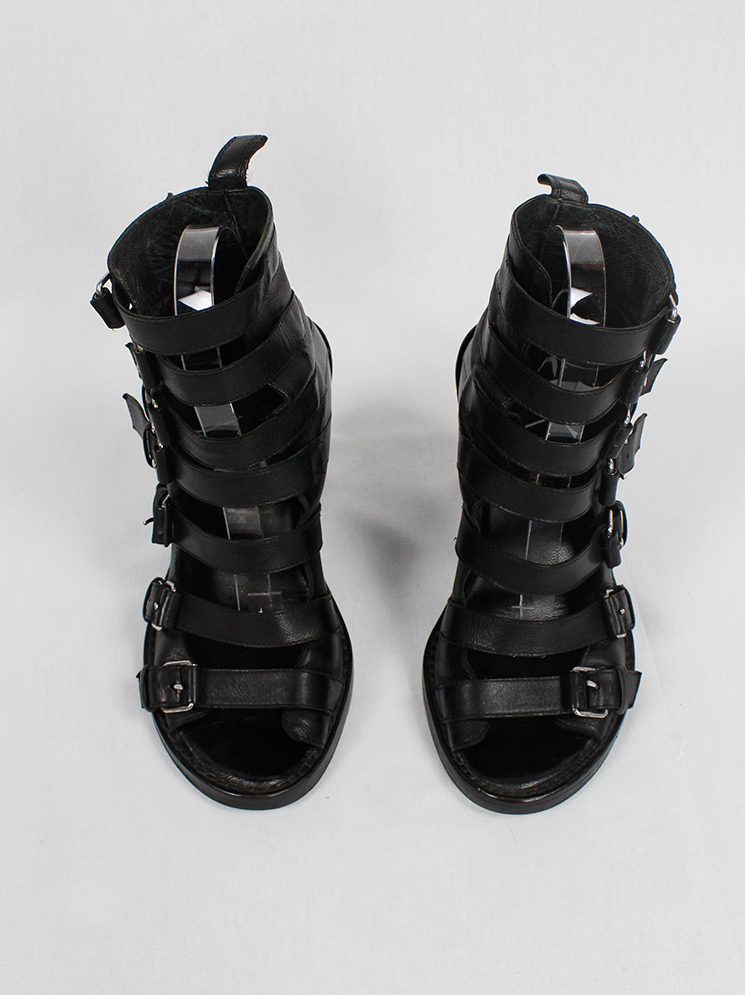 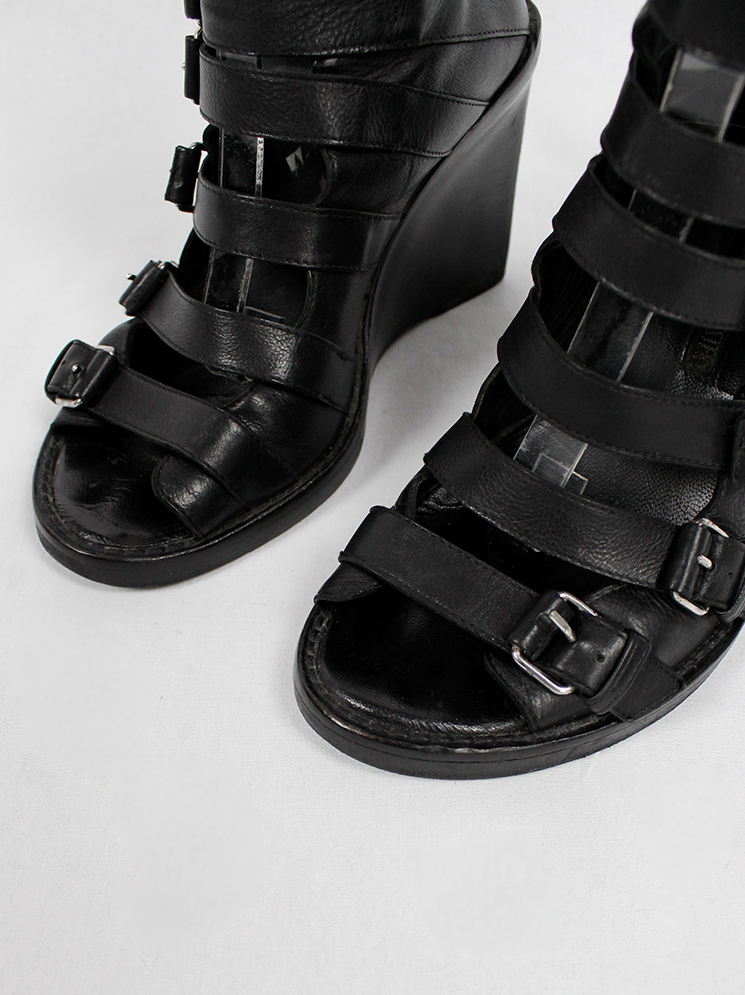 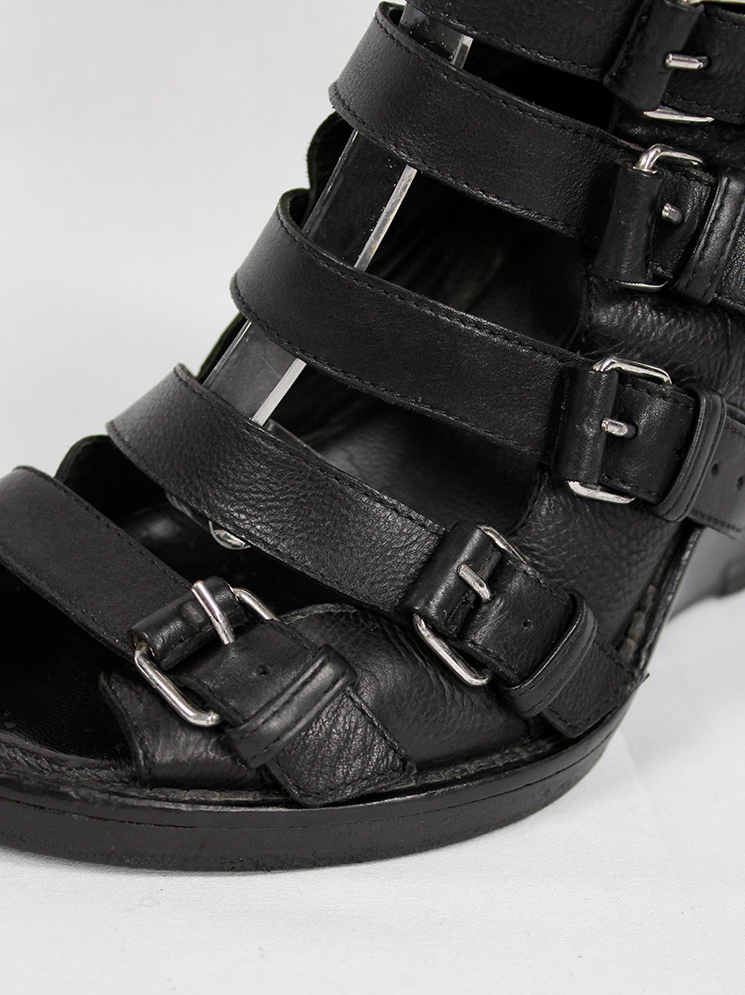 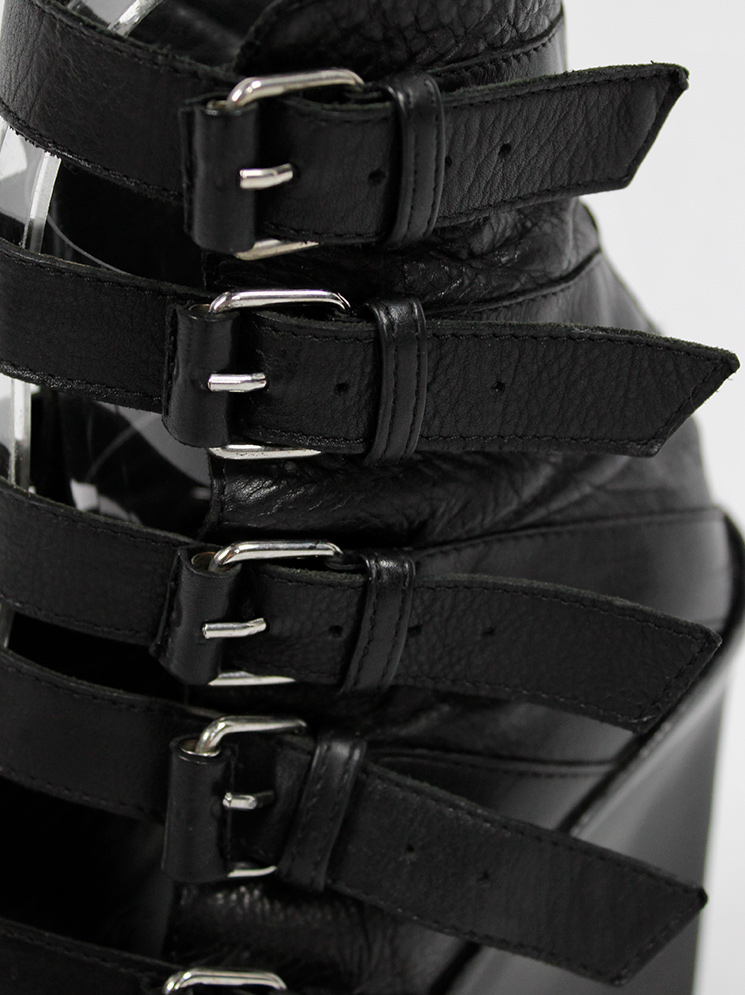 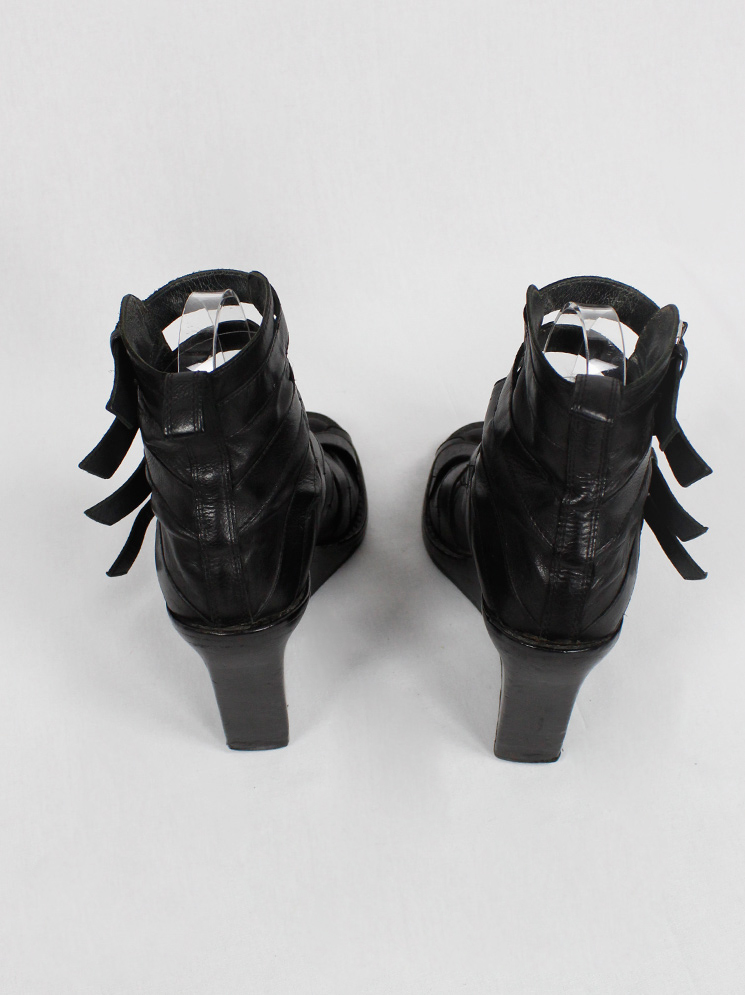 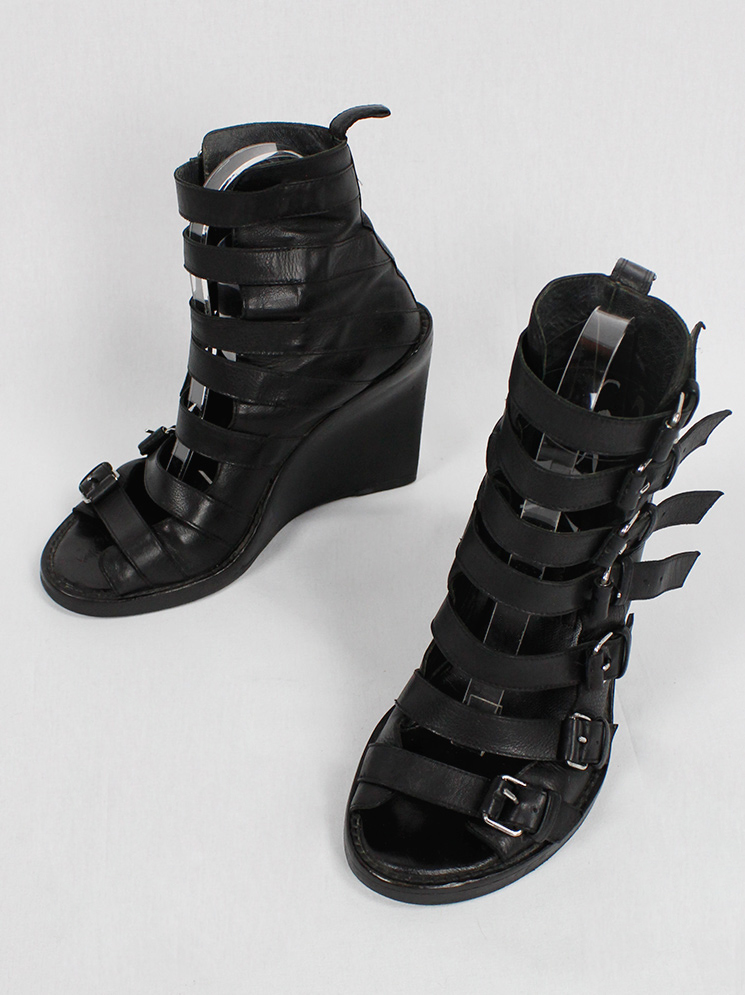 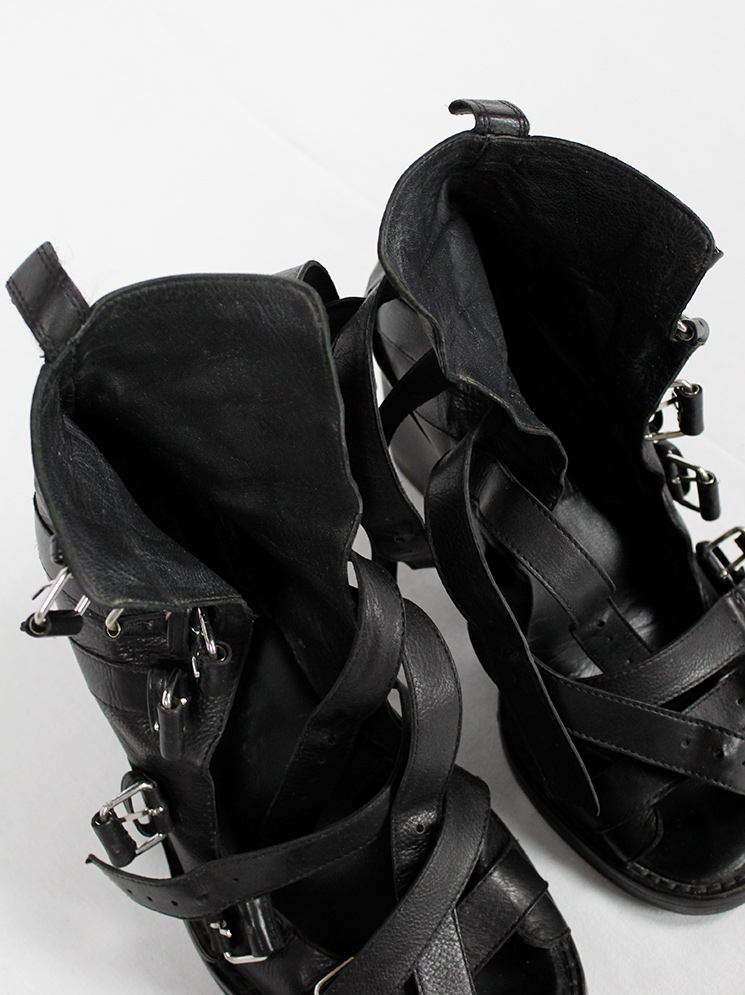 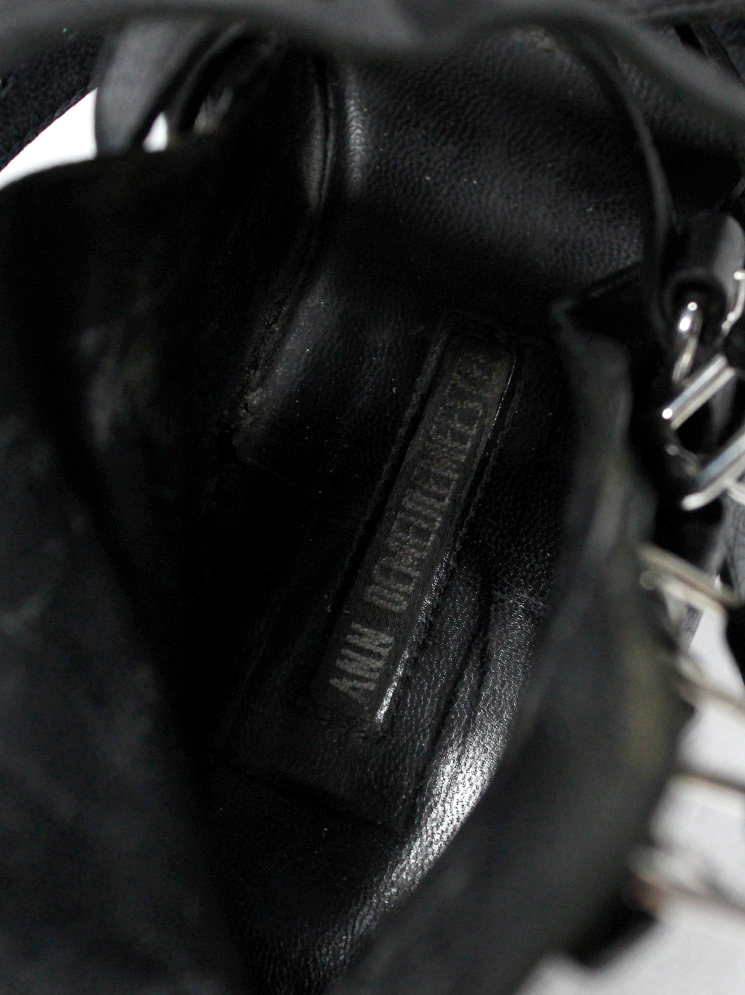 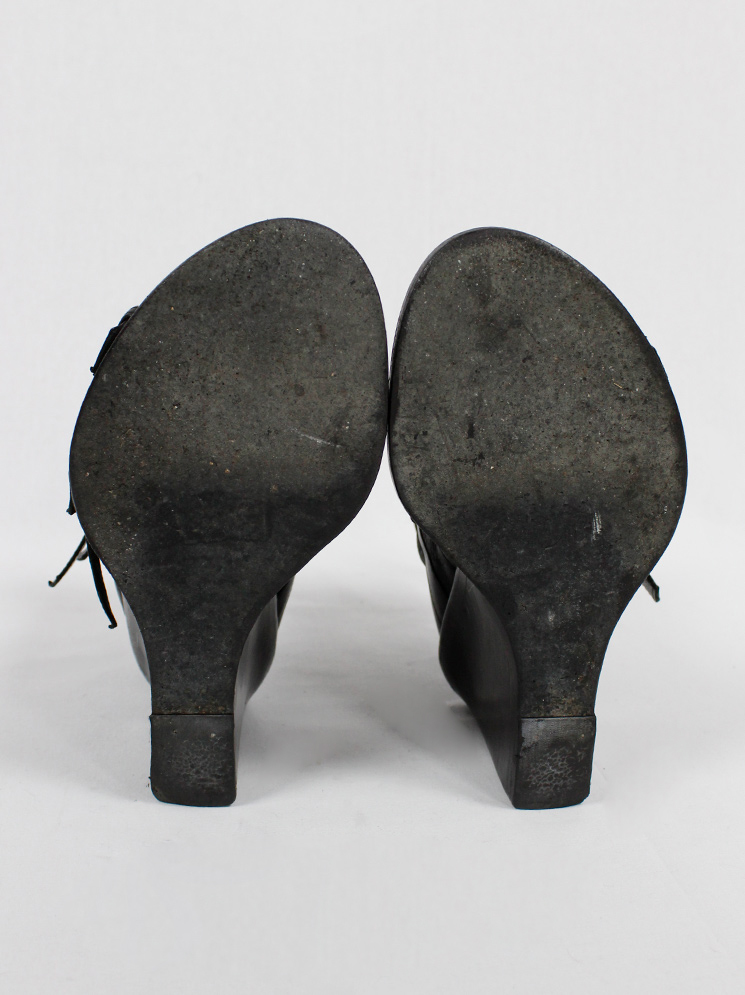 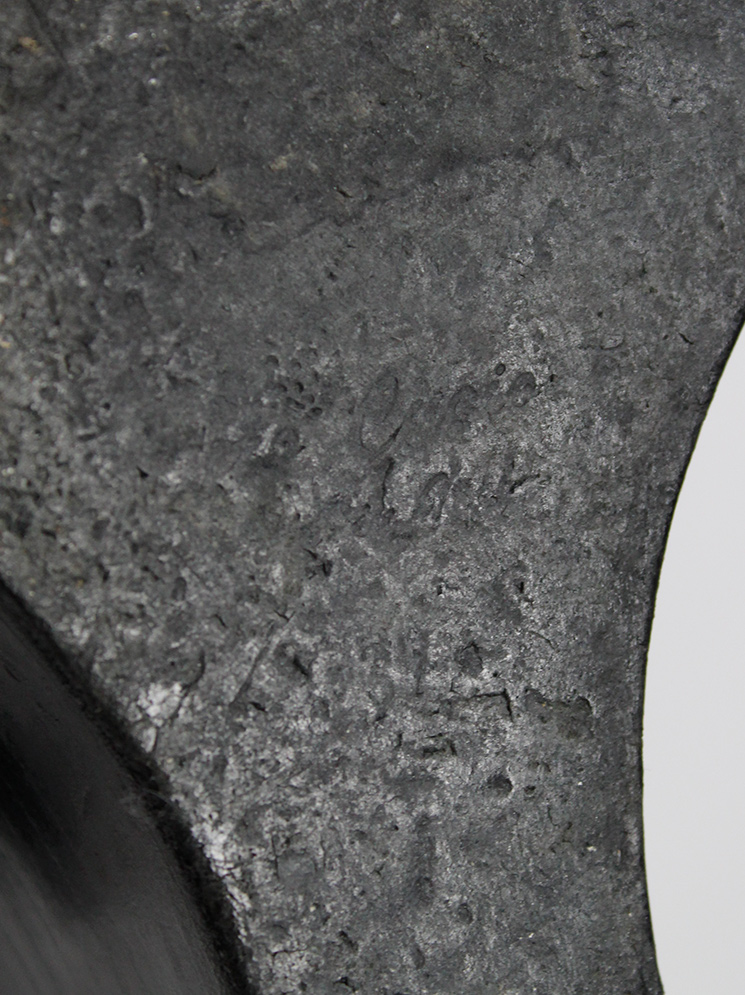 Open on the front

All straps are extra long and have slanted ends

All belt straps are adjustable

Wedge heel with square back

Slightly wider sole with stitched seam along the top

Worn on the spring 2010 runway

Usage on the heels and the inside. The boots have been repolished.

The inside has been thoroughly cleaned yet some fading remains.

Ann Demeulemeester is known for her love of black. Her style draws influence from goth, punk, bohemian and Japanese subcultures. Her collections are often described as dark, funerary, yet poetic and very emotional. In 2000 for example, she designed a collection from a sheer materials, embroidered with quote’s from Patti Smith’s ‘Woolgathering’. Typical Ann Demeulemeester silhouettes are very elongated, decorated with feathers, chains. She is also known for her iconic heavy boots, her triple lace boots and the lace-up gladiator sandals being street style photographers’ favorites.