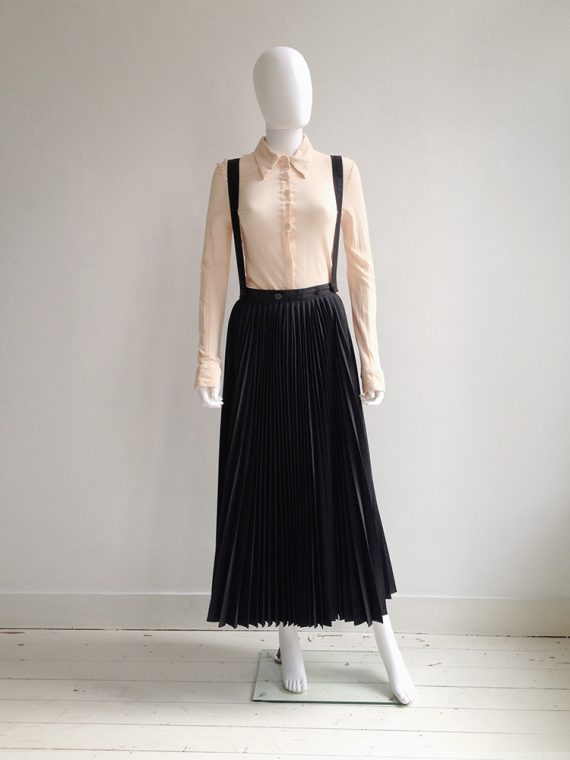 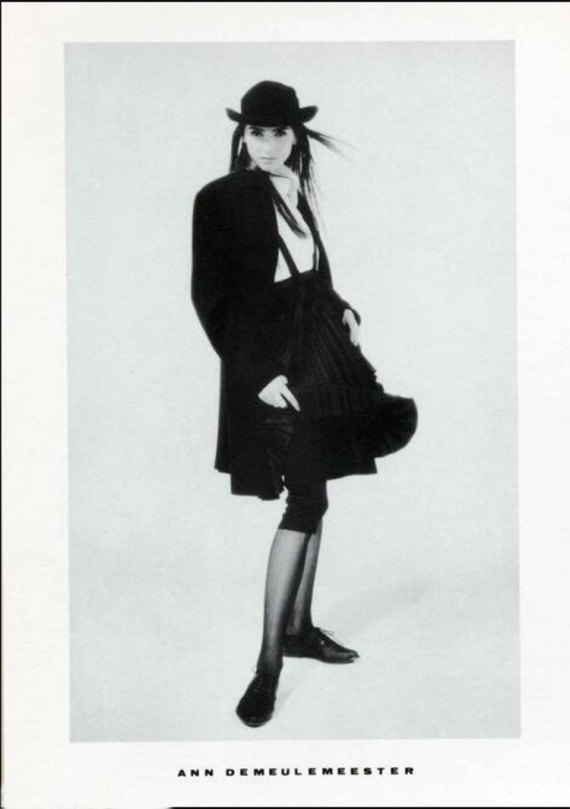 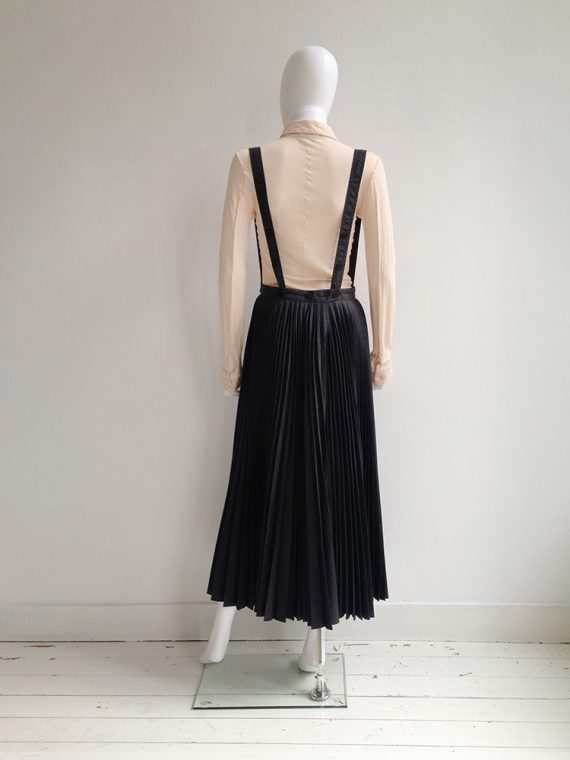 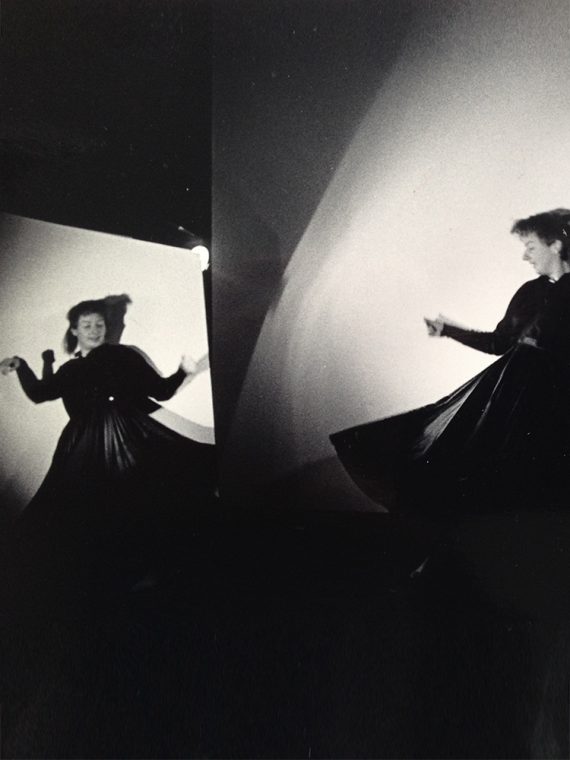 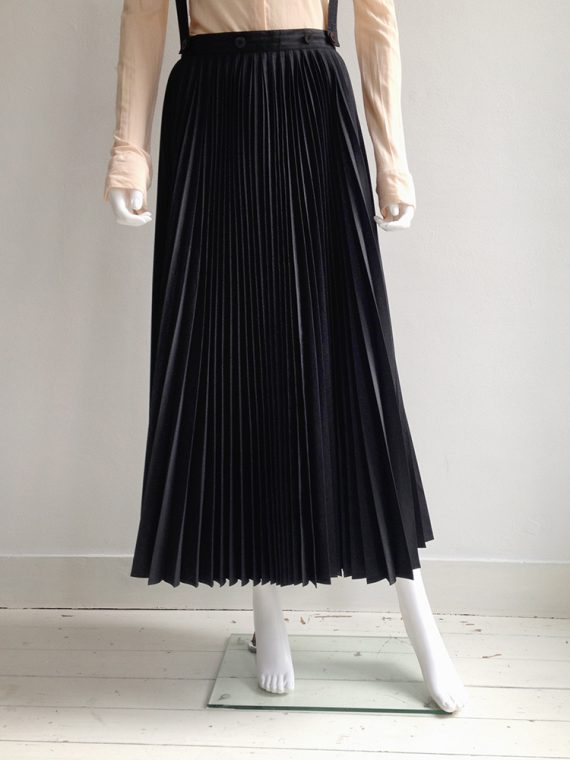 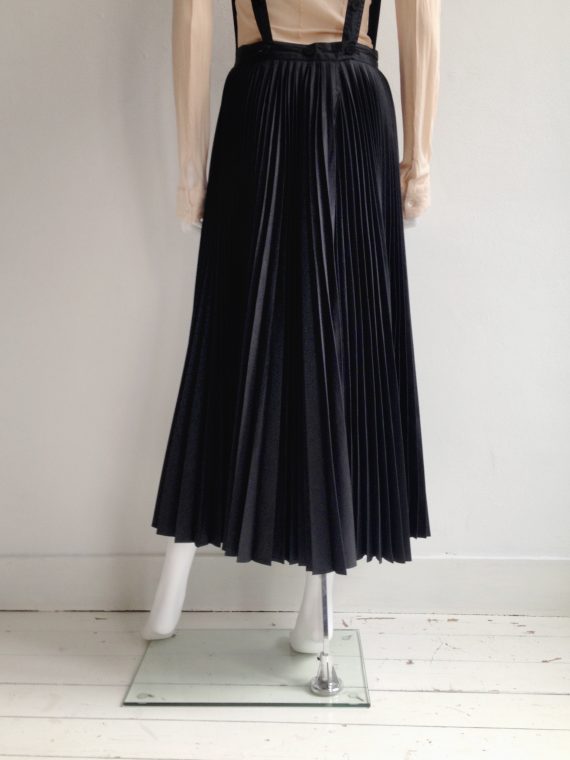 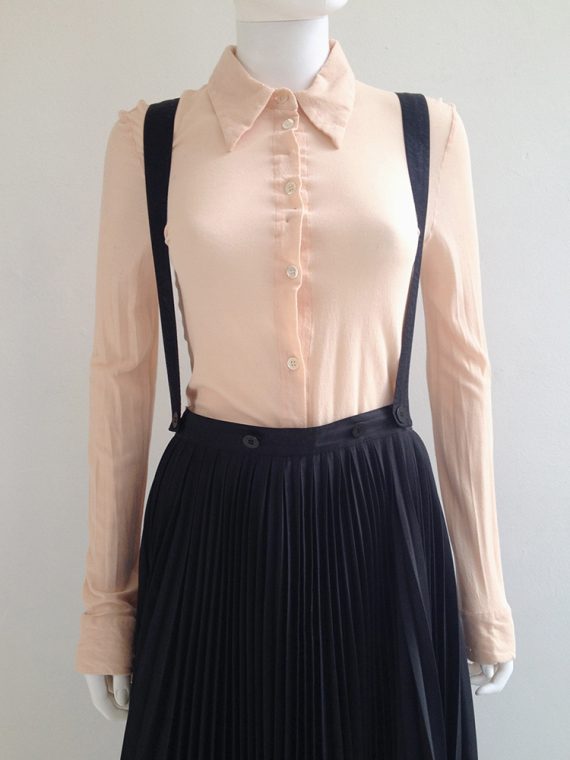 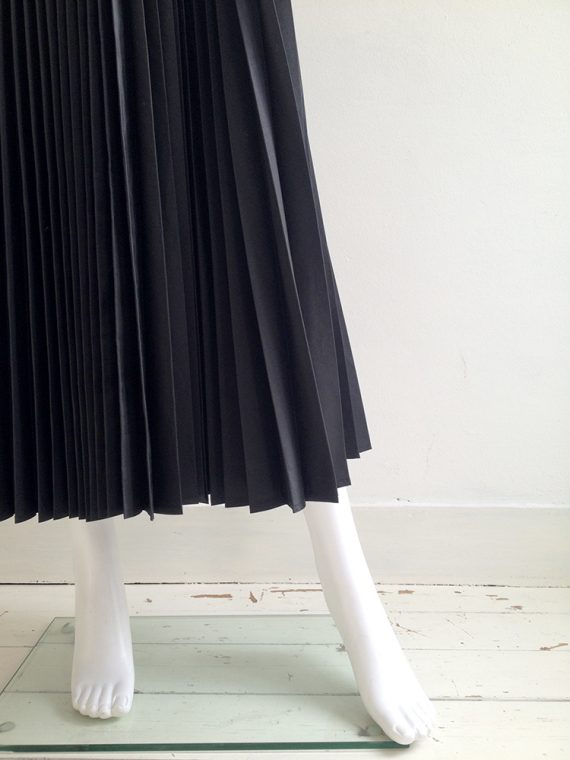 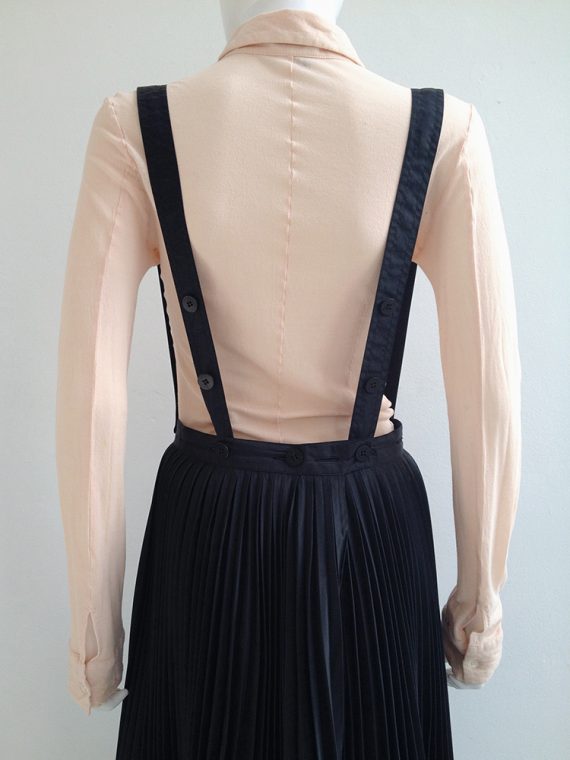 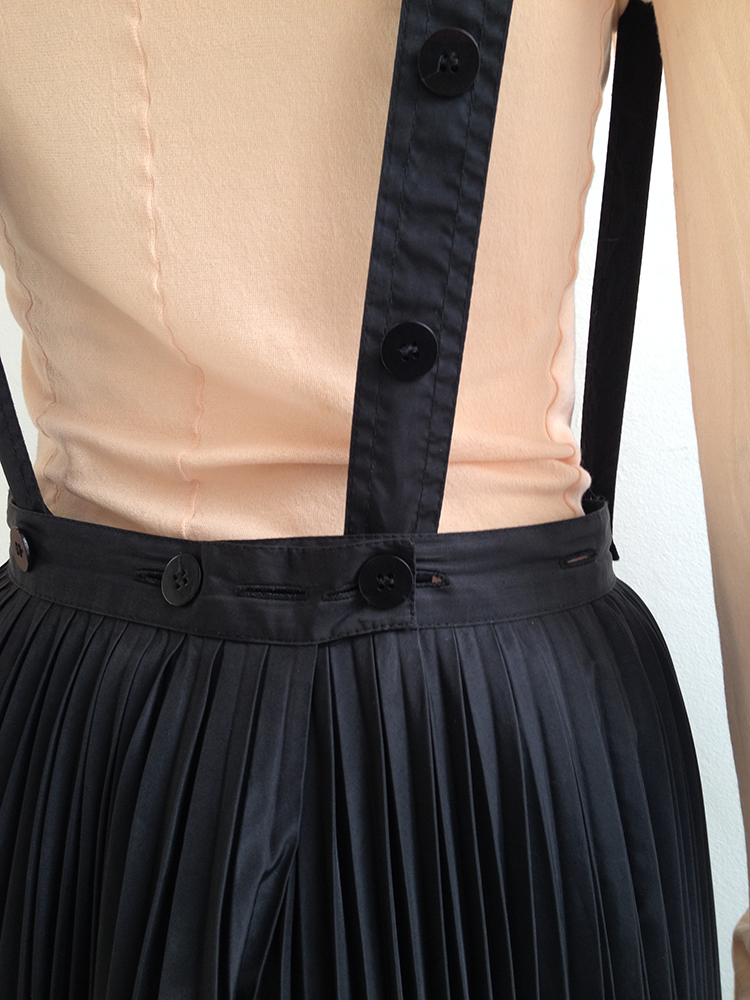 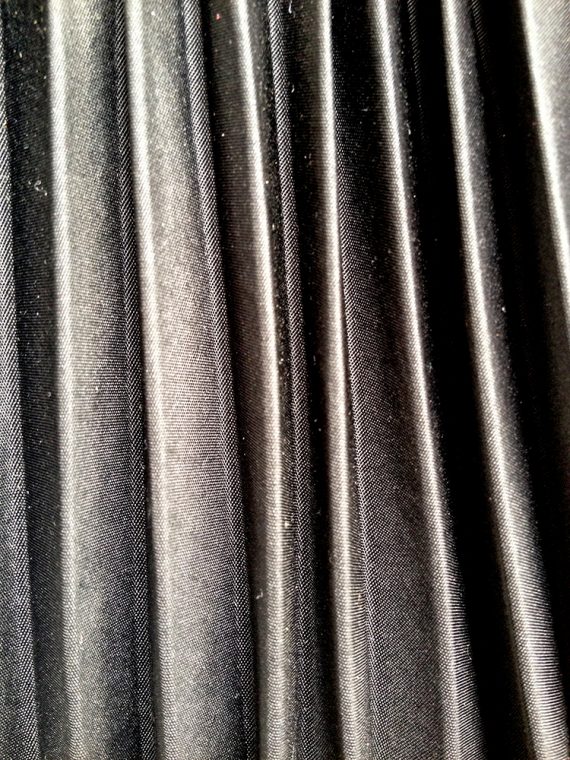 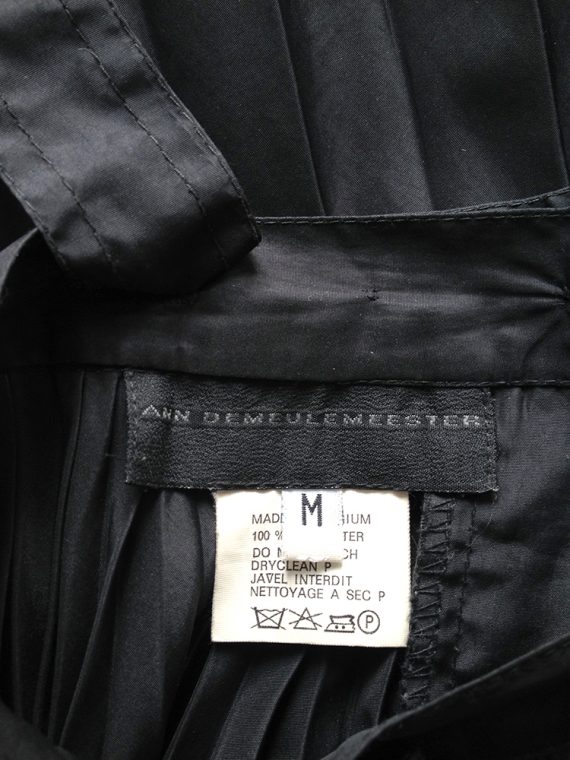 Button closure on the back

Extra ornamental buttons on the waistband

Heavy pleats on the skirt

From Ann Demeulemeester’s second collection, in 1987

Worn in 1987 by a famous dancer on stage

She left her brand in 2013, meaning that only vintage Ann Demeulemeester clothing is still designed be her.