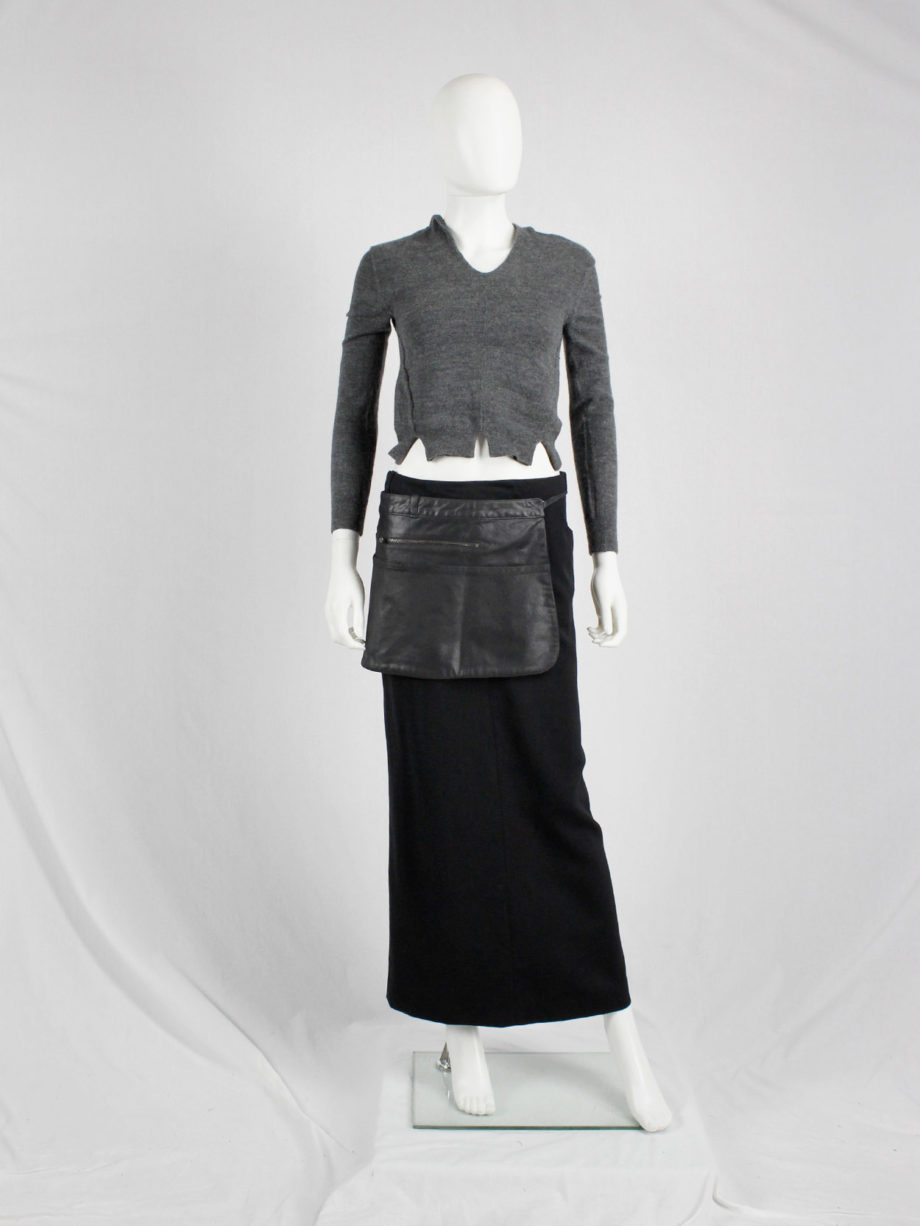 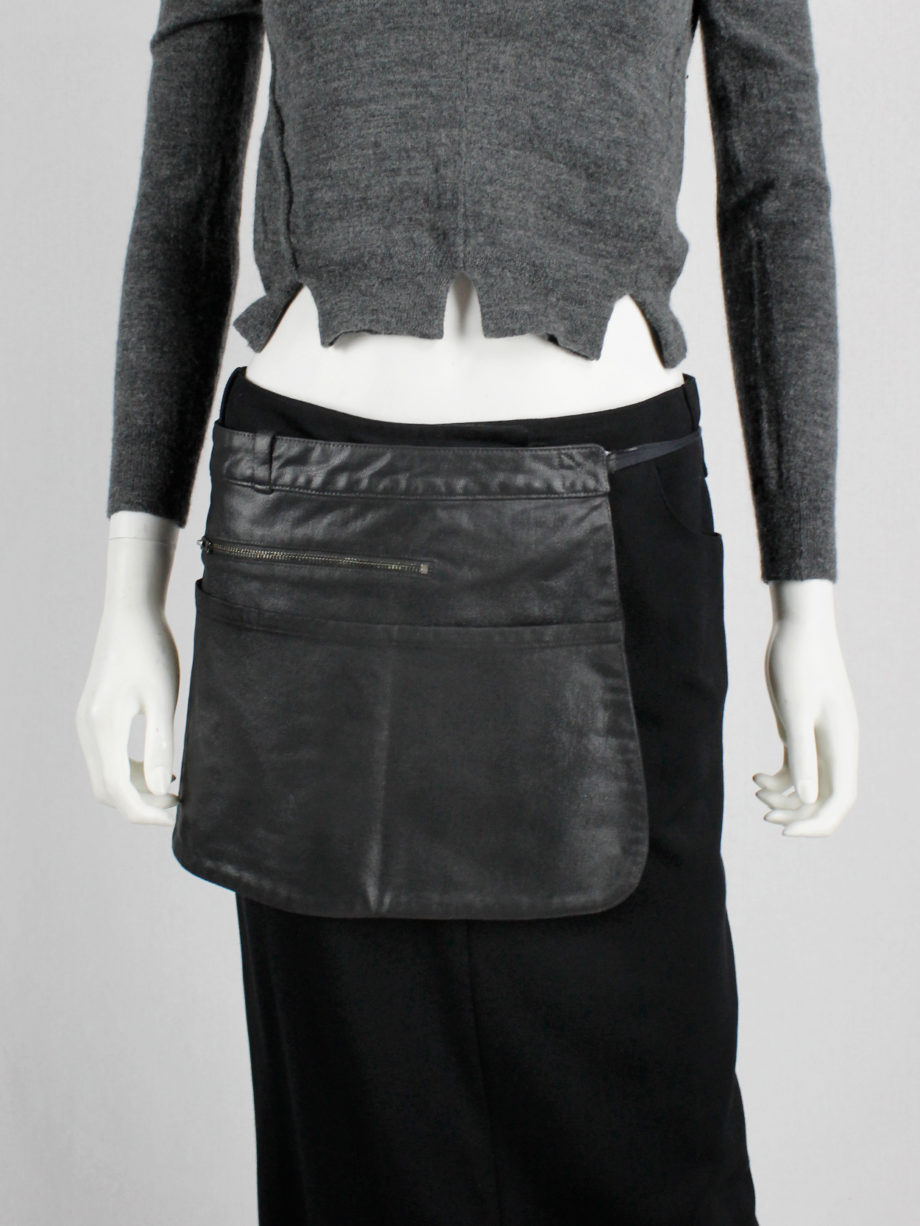 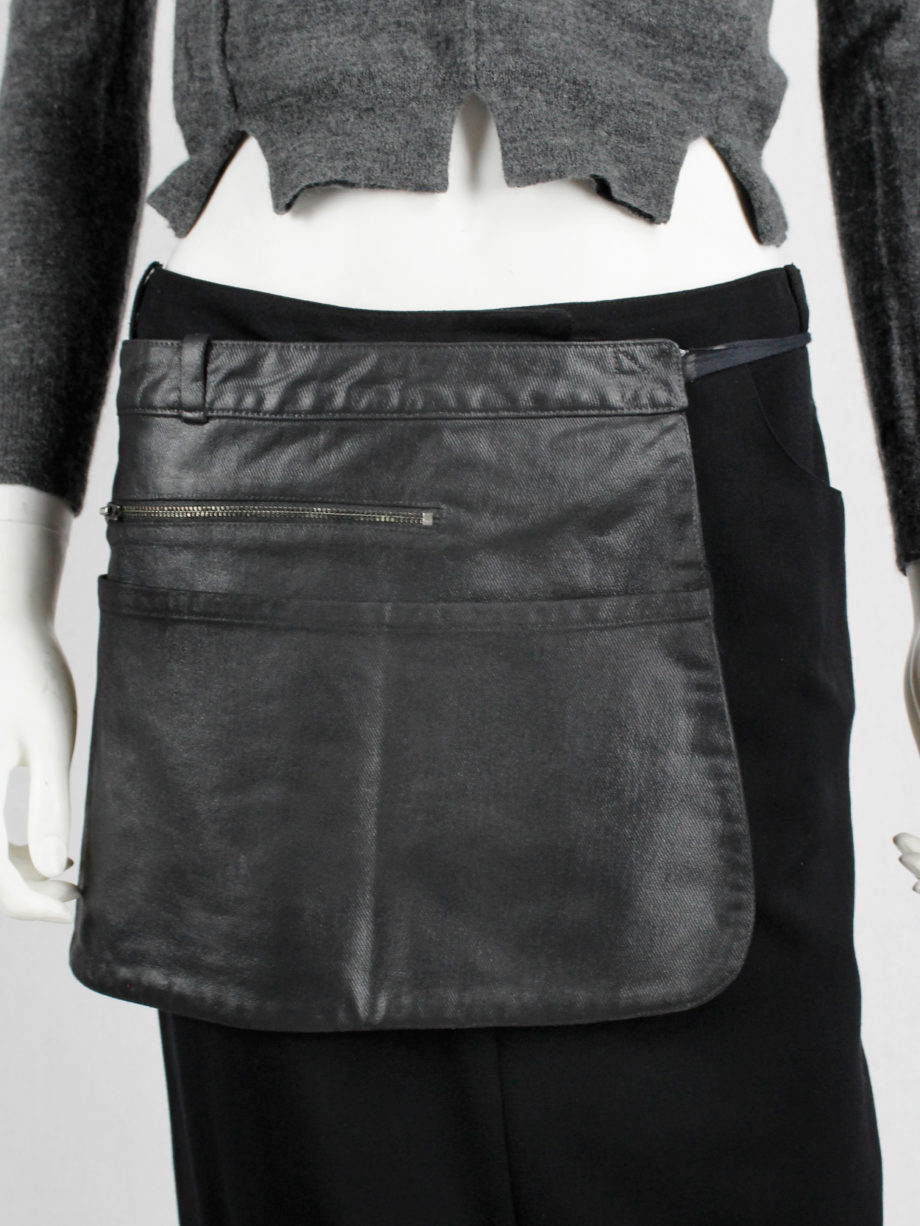 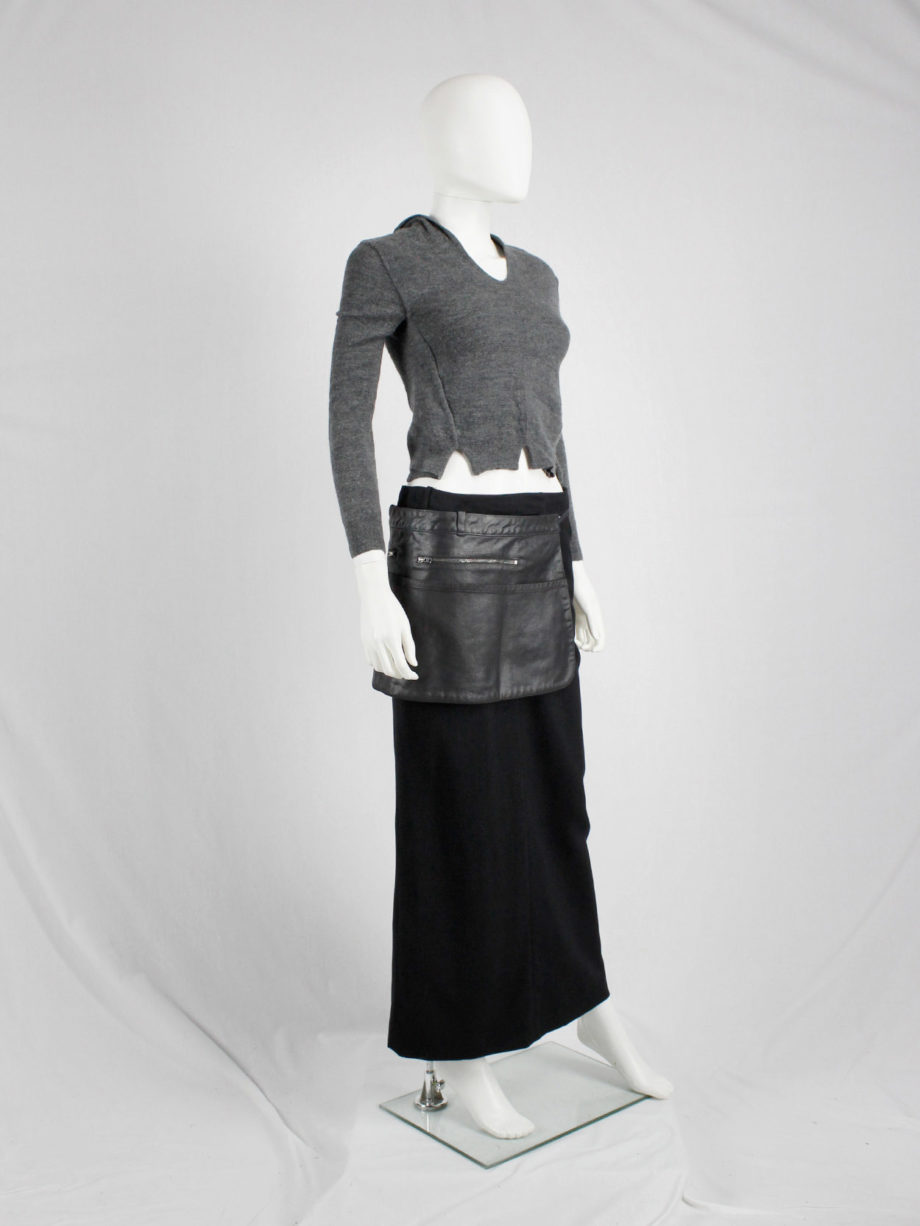 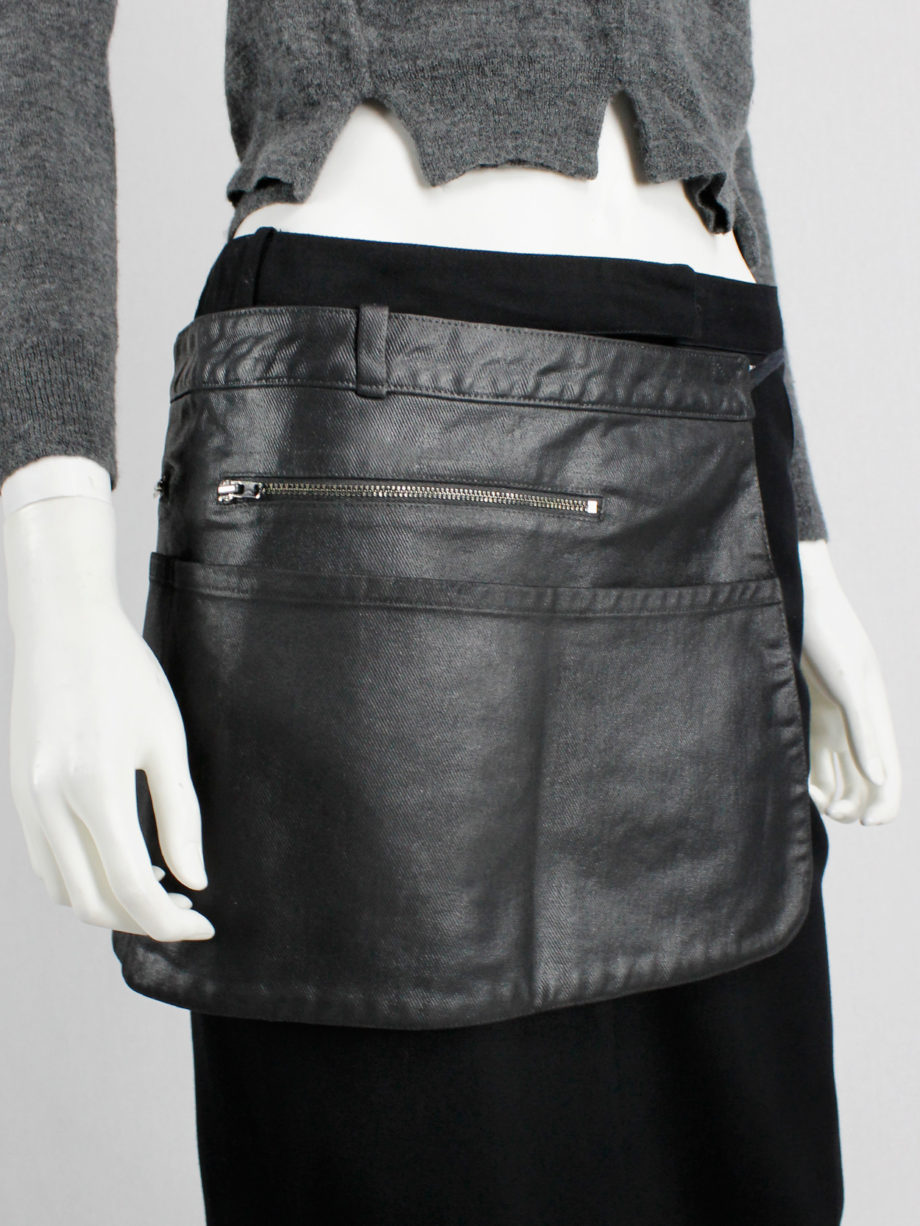 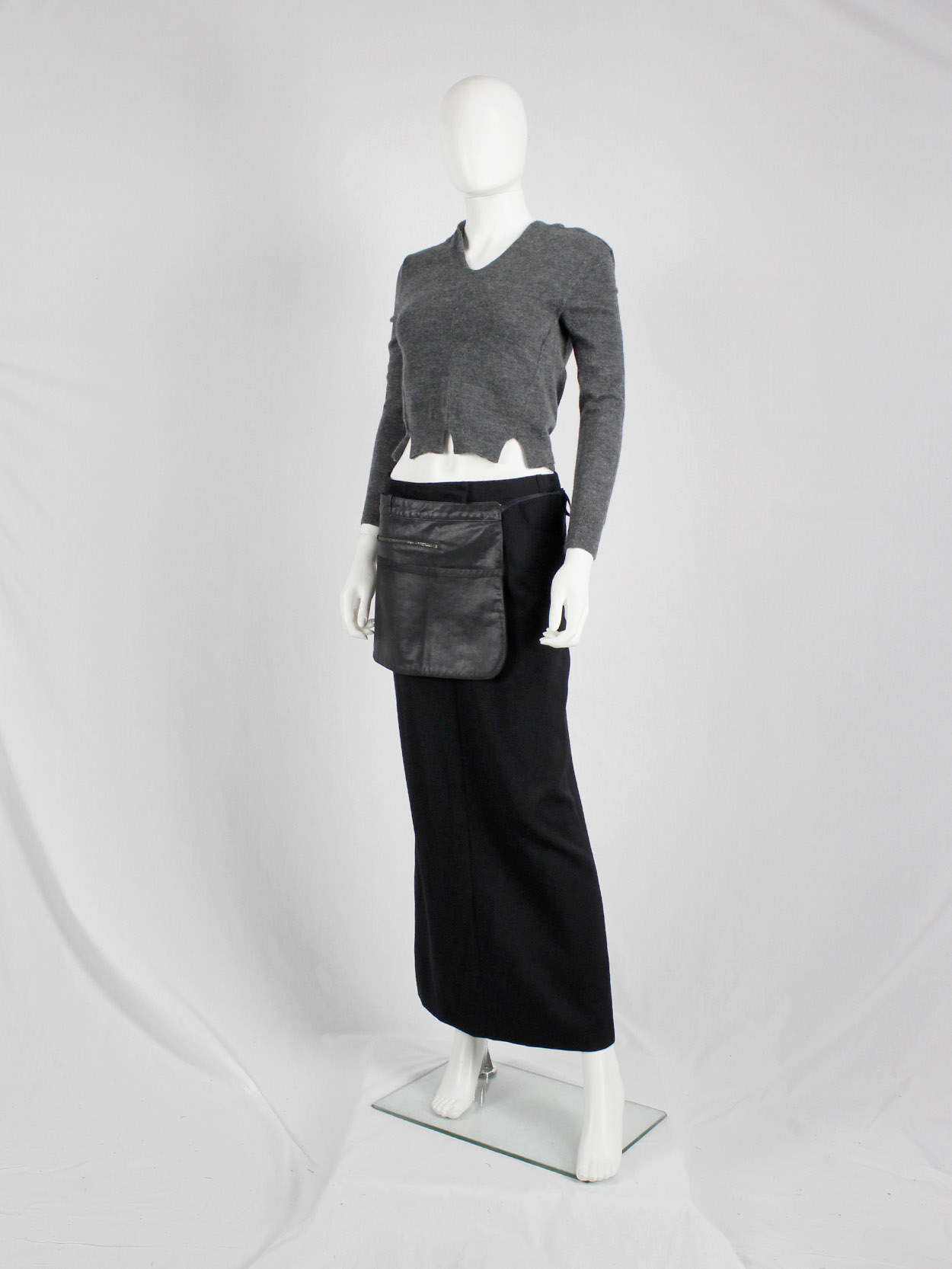 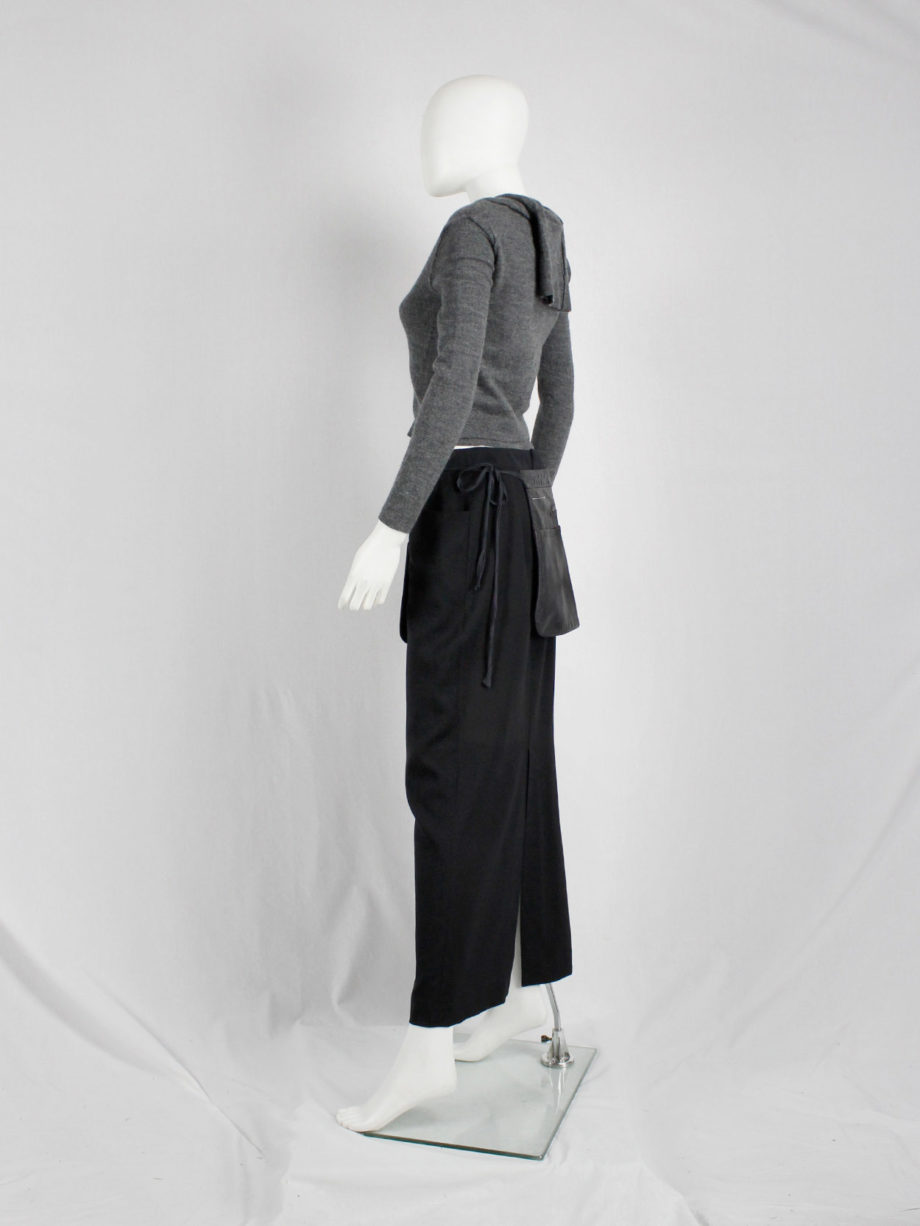 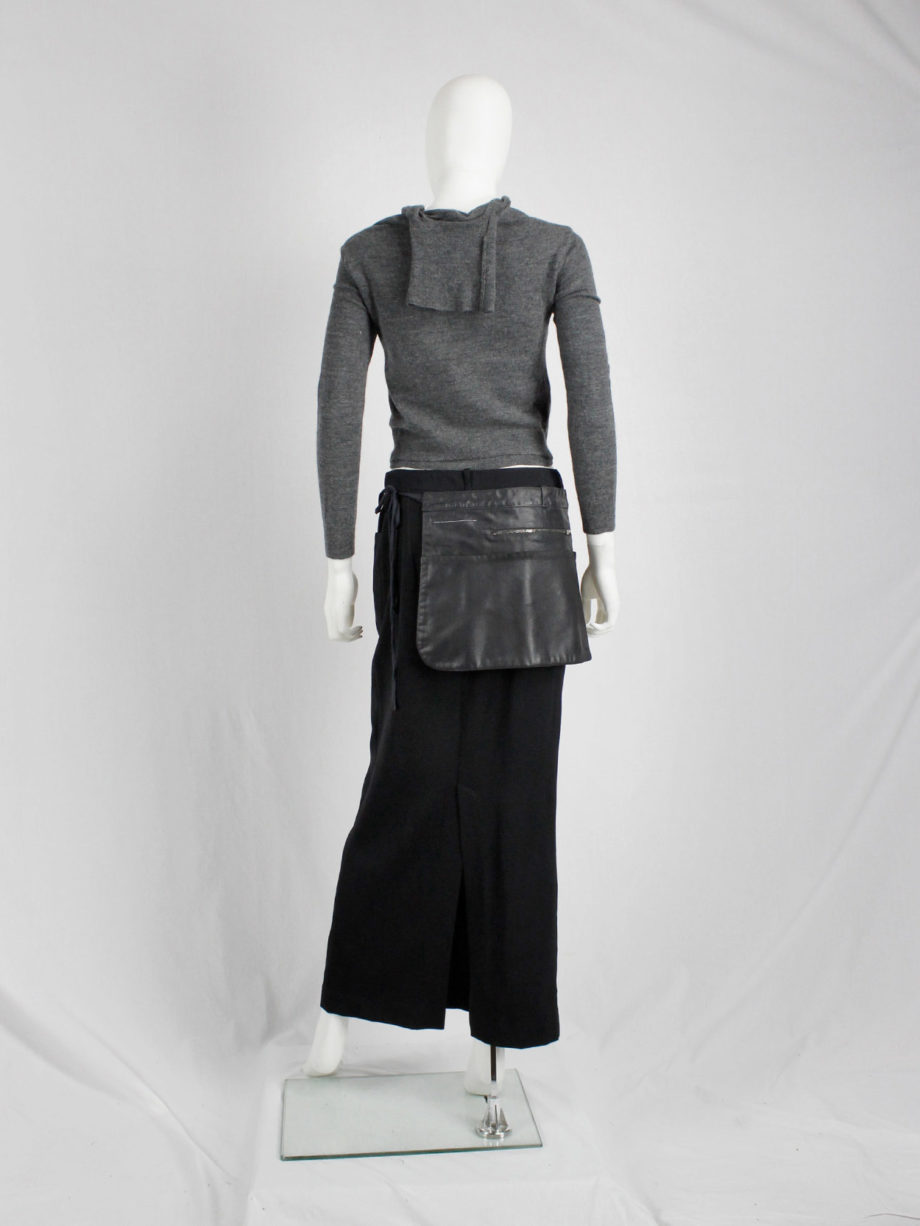 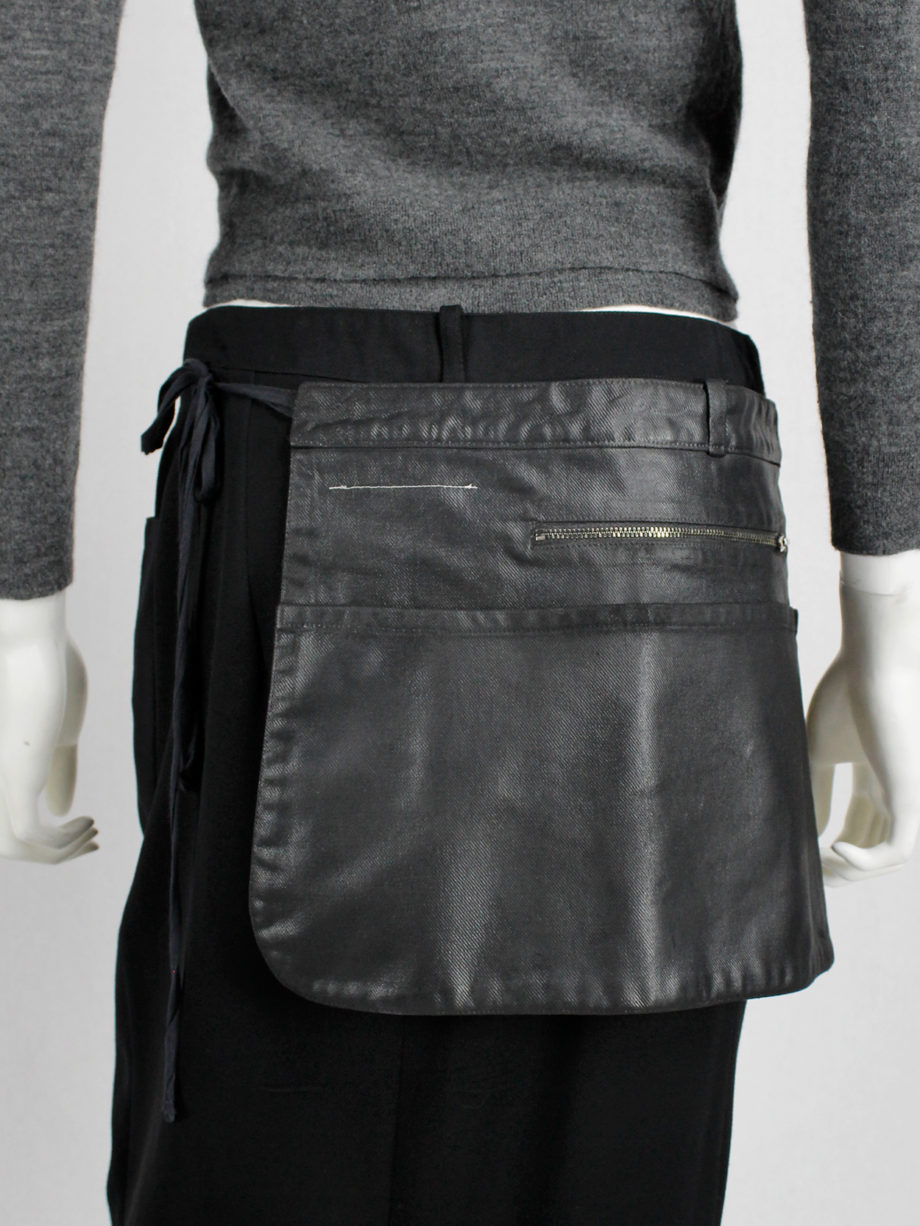 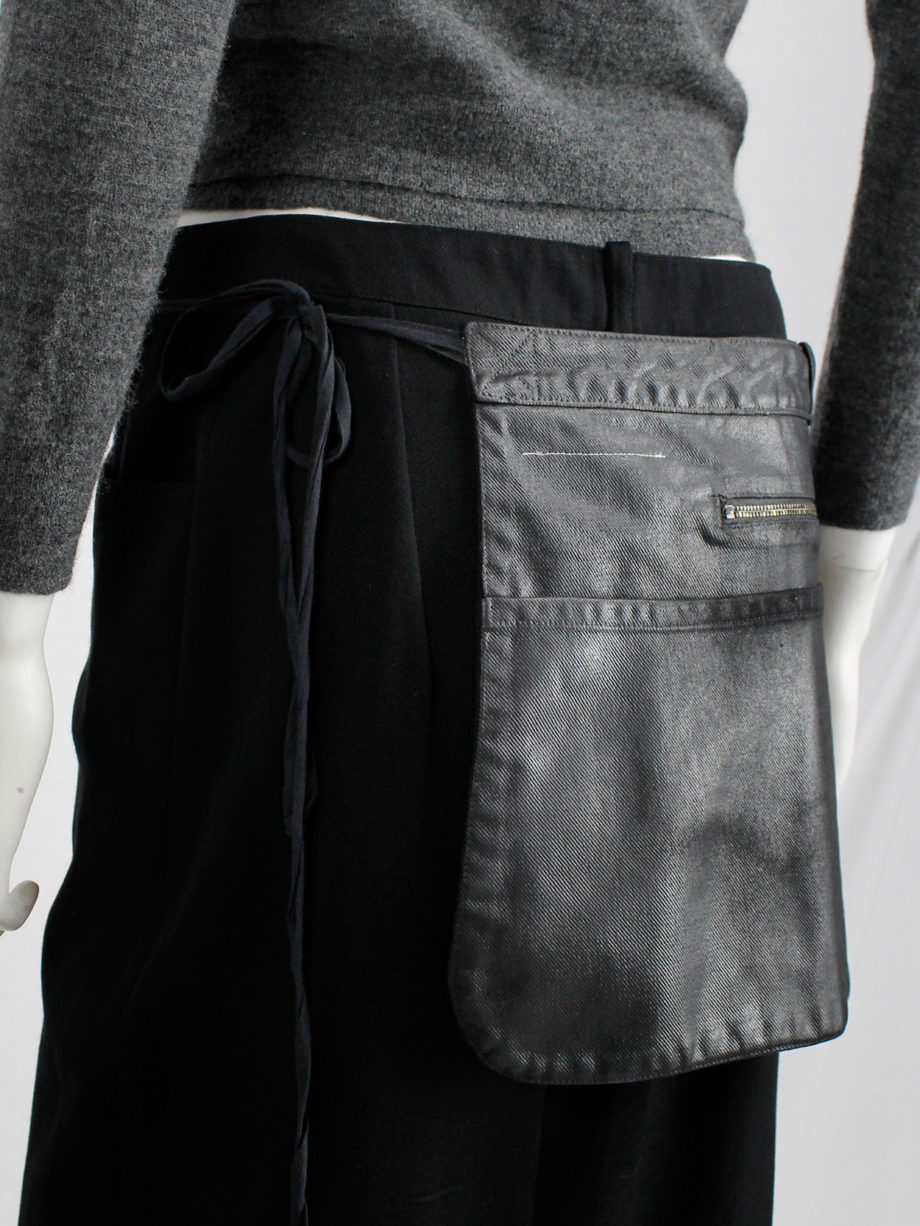 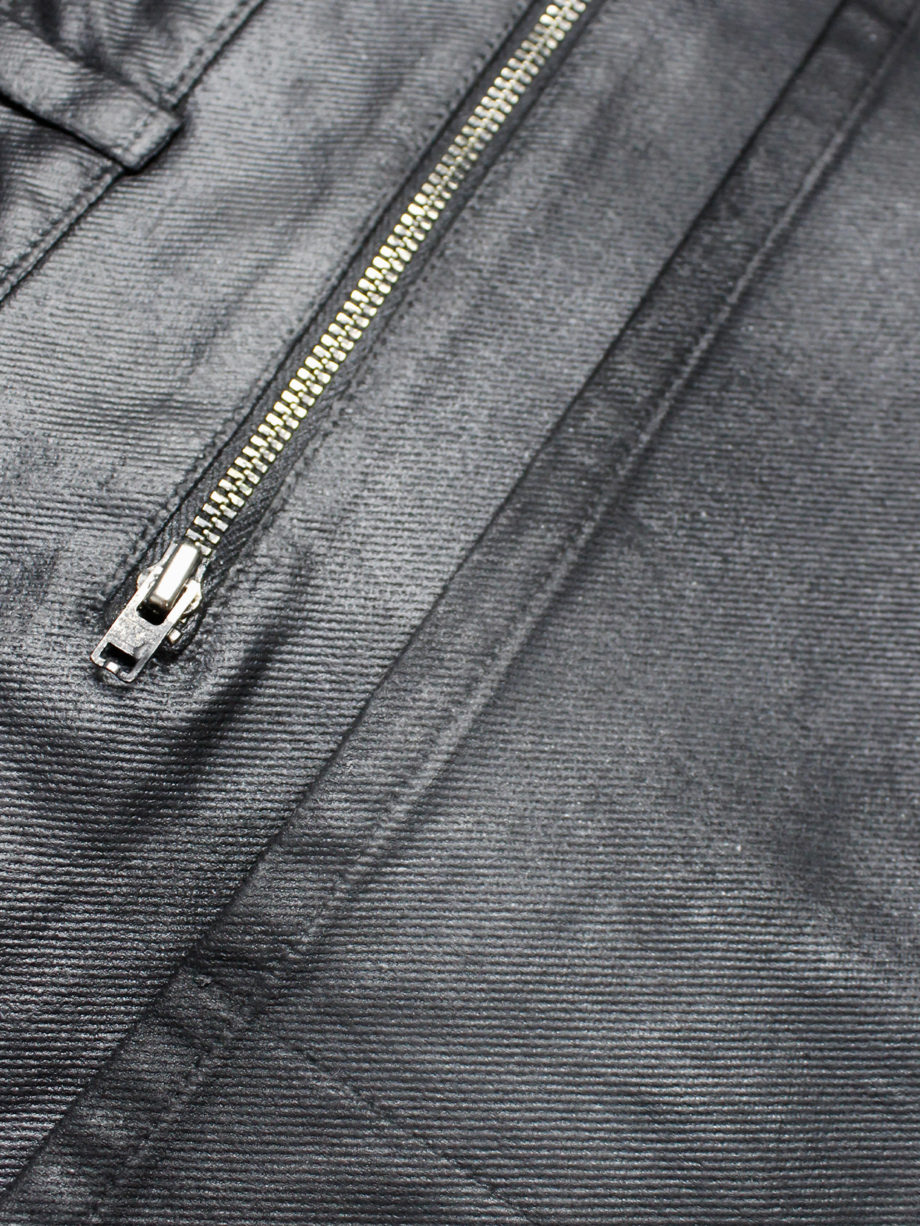 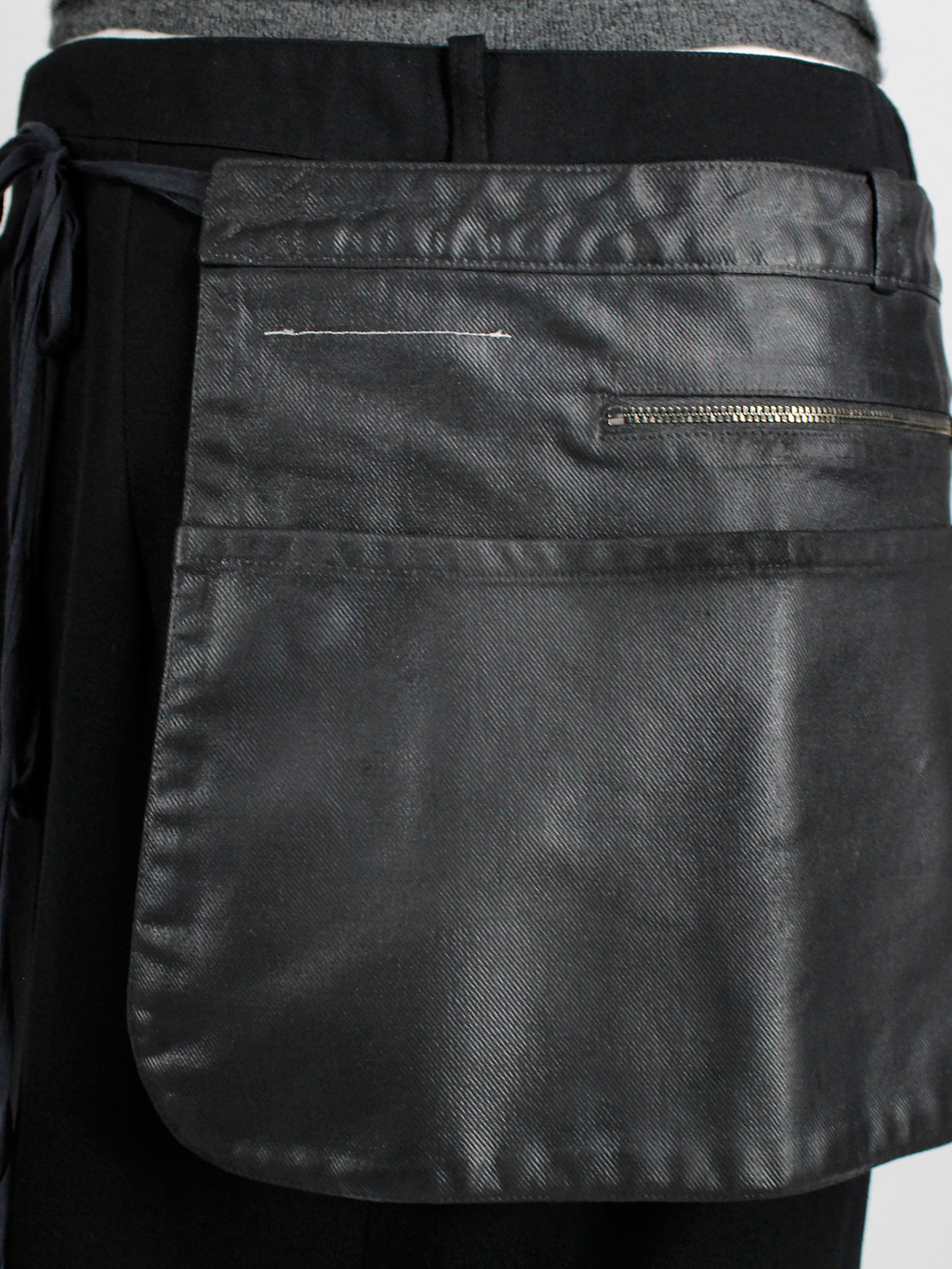 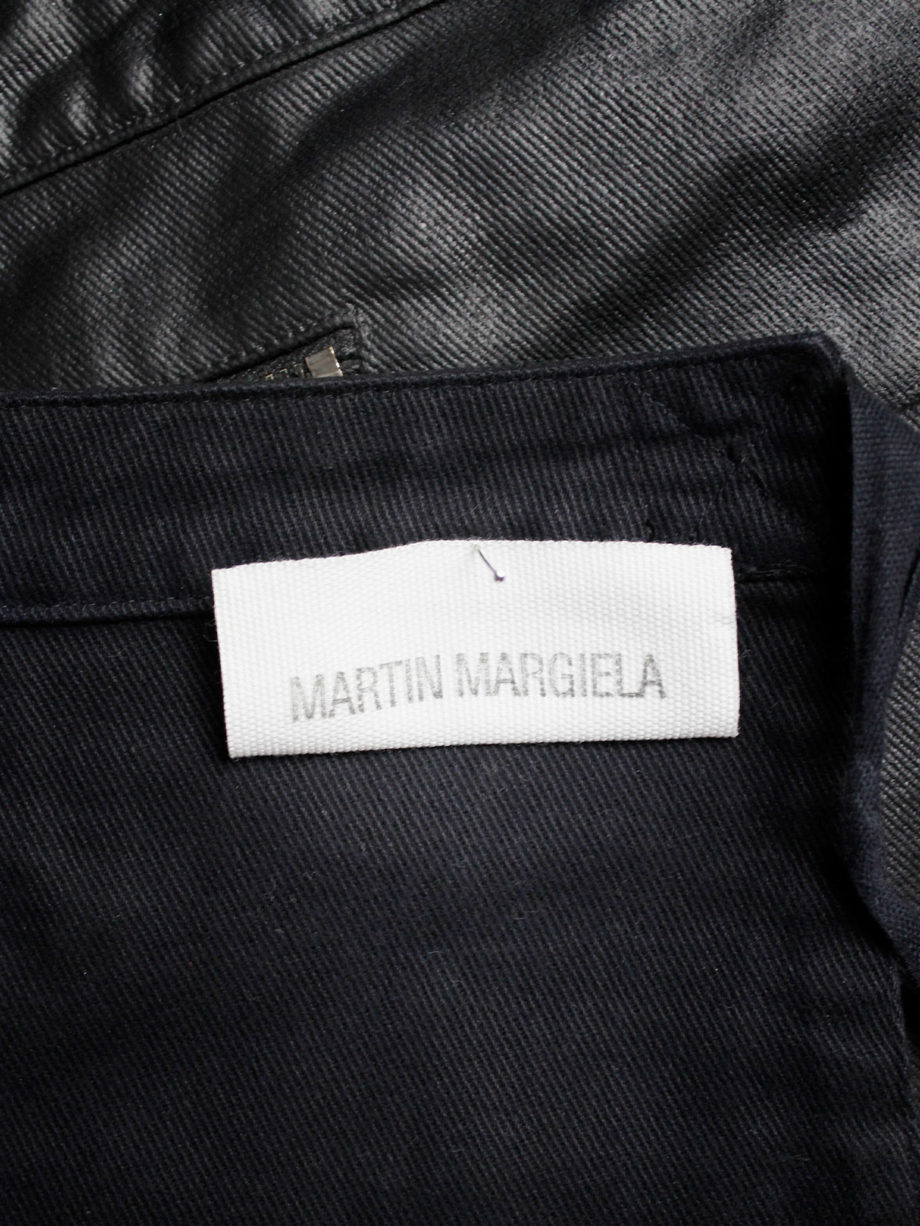 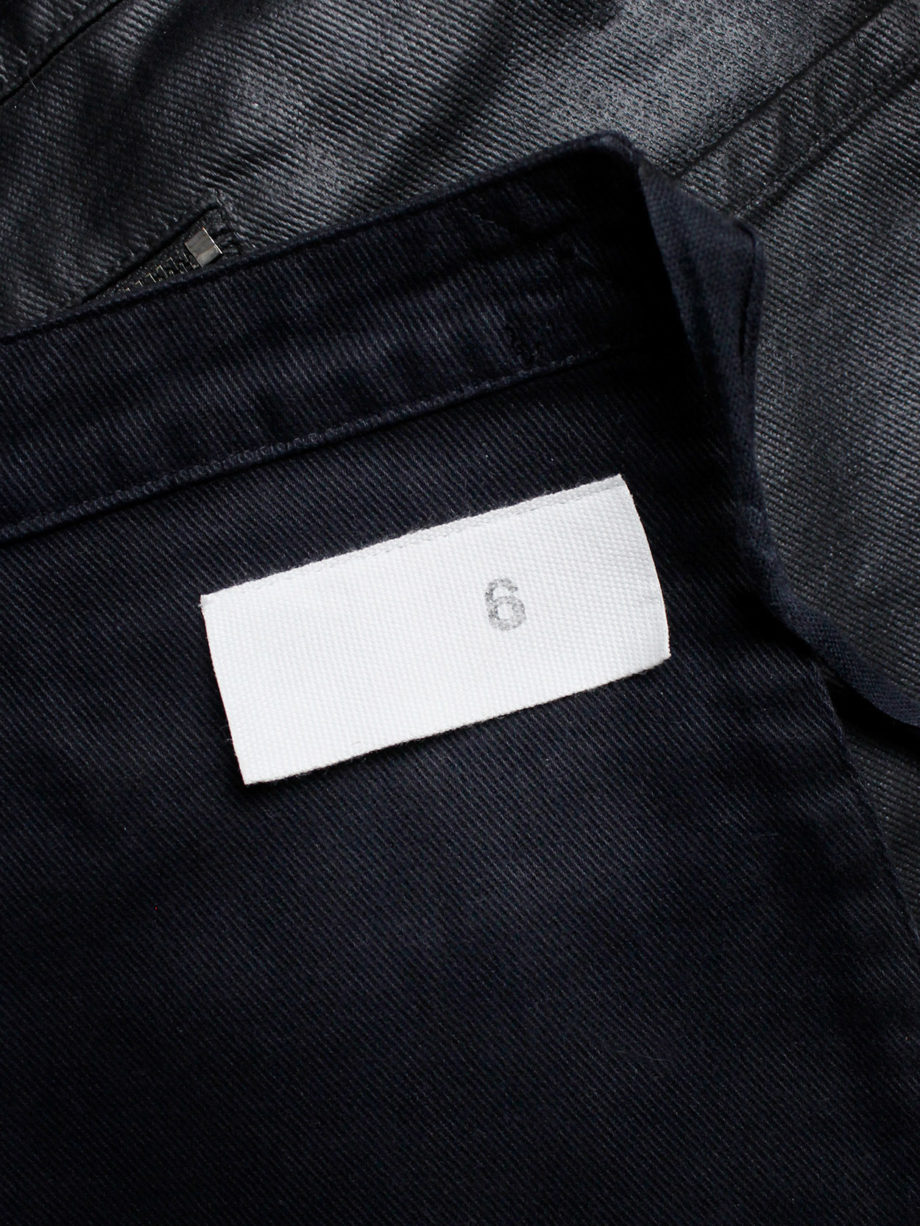 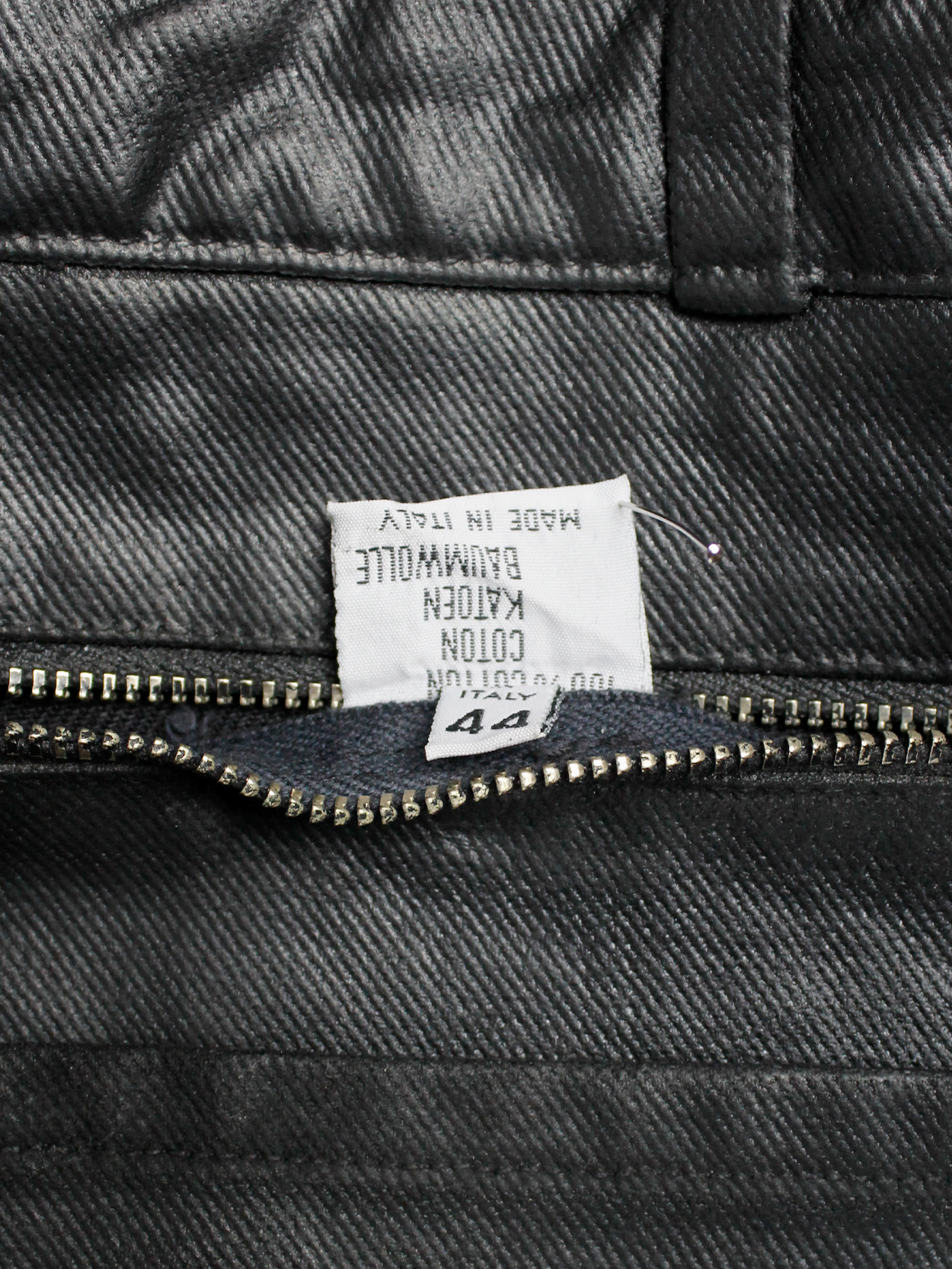 Inspired by a waiter’s apron

Meant to be worn slightly sideways

It needs to be closed with two ribbons on the side

Made of black coated denim

Large pouches on the bottom